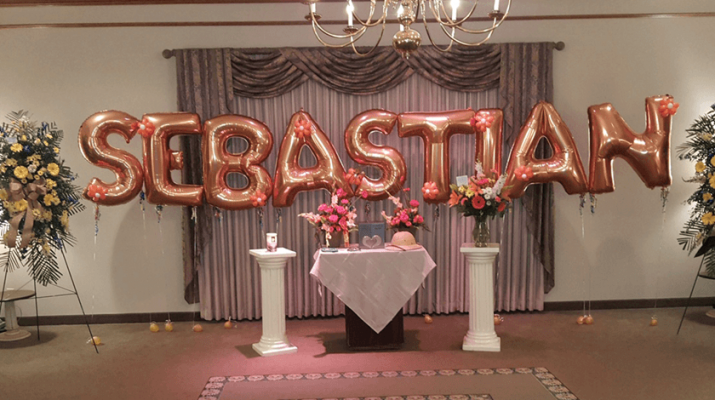 Fewer people are choosing the traditional embalming and casket burial in a cemetery, according to the area’s funeral industry experts. Though still a popular option, more people create their own fitting tribute.

Baby boomers reflect the “I did it my way” anthem of their generation even in funeral pre-planning.

“Funerals today are less formal, less religious and more personalized than in the past,” said Adrian Dowdle, director at Dowdle Funeral Home in Oswego.

Over the past 60-plus years, his business has seen enormous changes, from the elaborate, four-day events commonplace in the 1960s, to simple, one-hour memorials favored in current times. Few want home funerals, but ask for more offbeat venues, like the family’s bar/restaurant. There are also those who prefer to uphold traditions such as Asian funerals.

Dowdle recalled a funeral of an Irishman who wished his pallbearers to wear green plaid sport coats. Other funerals have included a honor guard of golfers who in military fashion raise a club to cross instead of swords for the casket to pass under.

Before another golfer’s funeral, a surviving son asked if he could place a golf ball in his mother’s casket. Dowdle laid a box of brand-new balls near the casket and thought nothing else of it until the pallbearers were carrying the casket down the church’s steep steps.

“Tearful silence was broken by the sound of 24 golf balls tumbling from the top to the bottom of the solid wooden casket,” Dowdle recalled.

Apparently, he had placed all of the balls inside.

“I thought the noise would never end,” Dowdle said. “Each occurrence sounded like Mickey Mantle had just hit a homerun.”

Dowdle said that the son quipped, “I think Mom has enough golf balls to last her.”

“The mourners exploded in laughter followed by applause,” Dowdle added.

A moment of appropriate levity like this never would have happened decades ago, when funerals were typically more rigid, ritualistic affairs choreographed by clergy and funeral directors to the last detail.

Donna Whitbeck, funeral director at New Comer Cremations and Funerals in Syracuse, also said that in recent years, fewer people follow the lead of clergy members for planning memorials or services, and even when they’re involved, they are not as in charge.

“We’ve moved away from a traditional church-based spirituality,” Whitbeck said. “The way families think of spirituality determines how they think of death and what it means for them.”

Some wish to display items related to their loved one’s interests and hobbies at a memorial service or funeral. Whitbeck recalled services that included an ATV, motorcycle and wearing a favorite team’s jerseys.

“Then you’re celebrating their life and the things that are meaningful,” Whitbeck said. “That means more than going to church if they weren’t church-attending people.”

Some choose to use video and technology to tell a story about the person’s life by creating a photo slideshow set to music. Some ask for a release of balloons, butterflies or doves after the service.

Whitbeck said that cremation has been on the rise because of finances, desire for simplicity and the family’s environmental values. Families can choose biodegradable containers to bury under a planting. Some choose to bury immediately; others wait to bury them with a spouse, or spread them at a meaningful location, such as at a family camp.

“They want their service and a celebration of life to be indicative of their life, not the traditional going to the cemetery,” Whitbeck said.

Those who consider having no gathering at all, Whitbeck cautions that may not be the best way to go, as the opportunity to grieve can represent the first step in the healing process, as well as helping the community become aware of the loss so they can extend their support to the bereaved.

Green burials align with the values of the environmentally conscientious. Usually, the body is buried within a couple of days, unless environmentally-friendly embalming methods are used. A simple, biodegradable coffin or shroud takes the place of an elaborate coffin. The body returns to the earth more readily and there’s no concrete vault involved. Usually, that means a “green” cemetery or green section of a standard cemetery.

Some families have jewelry made from the cremated remains, such as diamonds (www.lifeGem.com, www.heart-in-diamond.com and www.lonite.com are three such vendors). The process can take months to complete, but processors use only a small amount of hair or ashes for lab-created gems.

Some people choose to leave their body as a means of helping others. While indicating organ donation on the driver’s license is a simple way to leave a legacy, donating one’s entire body to scientific study can help medical schools train the next generation of physicians. In addition to helping science, “there are some who may do it for financial reasons,” said Daniel A. Jaeger, licensed funeral director and technical director of the Anatomical Gift Program at SUNY Upstate Medical University.

The organization hosts an annual memorial service for the families to honor their gifts and show how beneficial they are to medical students.

“The families are happy to find out how their loved one help our students,” said physician Donna Mihaila, director of the program.

Anatomical gifts are accepted only from those 18 and older and those of sound mind. The only disqualifying conditions include infectious or contagious disease, obesity and autopsy. The whole body must be surrendered, with the exception of the eyes if they are donated separately.

In addition to pre-registering, their loved ones know about their choice so the medical school is made aware of the donor’s death right away. Bodies must be accepted within 24 hours.

Bodies remain with the medical school for about two years, after which time they’re cremated at the school’s expense. The cremated remains may be returned to the family or buried, if they wish.