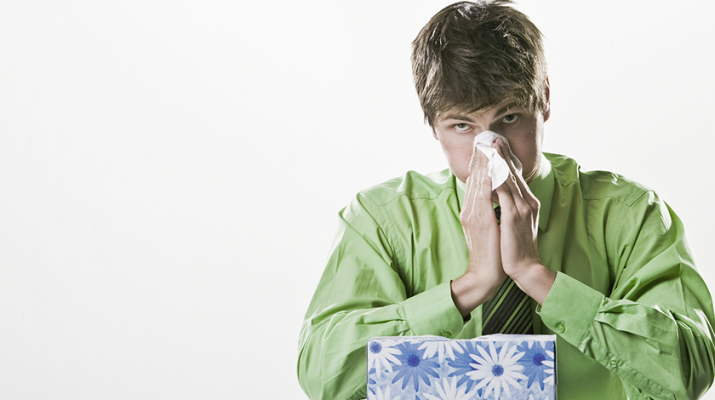 Situation in Onondaga, Oswego counties one of the worst in NYS 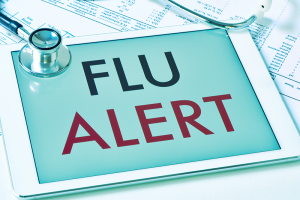 New York is wrestling with a widespread outbreak of influenza. Every county has been affected this year, but the situation in Central New York is one of the worst in the state. The rate per 100,000 in the region people has been among the highest statewide.

There were 177 laboratory confirmed cases of influenza in Oswego County as of the week ending Jan. 14. That’s up from 22 at the same time last year. In Onondaga County this year, 820 cases were reported by the same date.

Onondaga County Health Department medical director, physician Quoc Nguyen, says one of the reasons for the large outbreak is the early start to the season. Cases of the flu were first reported in the county in October. The number dipped in early November, but continued to grow in the following weeks, spiking in January.

“Our season is a couple weeks earlier than the rest of the state,” Nguyen said. “We somehow got the disease earlier so that we have more people sick faster than other parts of the state.”

That could be a result of the harsh winter this year. Jodi Martin, supervising public health nurse for the Oswego County Health Department, said it’s a double whammy.

“You can be more prone [to the flu] during the winter time, but a good portion of it is everybody is together,” Martin said. “When it’s cold outside and nasty, more people stay inside and they don’t get outside in the fresh air. So when you have a lot of people in small spaces, it’s more likely that they can pass on the illness to somebody else.”

Nguyen says those colder winters upstate, combined with Central New York’s older population relative to downstate, may be another factor in the region’s large number of flu cases. People age 65 years and older are at higher risks of flu complications that could lead to hospitalization and even death.

“Influenza is a potentially deadly disease, and getting vaccinated is the best thing New Yorkers can do to protect themselves and those around them,” said New York State Department of Health Commissioner Howard Zucker.

The flu shot is especially important for those adults aged 65 years and older who are at high risk for serious complications, young children and pregnant women. Family members who have regular contact with these individuals are also encouraged to get vaccinated because the virus can spread through coughing or sneezing.

Although the flu season is well underway, health officials like Nguyen say it’s not too late to get vaccinated since the flu season can last until May in some years. And getting the shot can at the very least reduce the severity of the symptoms.

The prevalent virus this season is Influenza A (H3N2). This year’s flu shot included that strain. But according to the Onondaga County Health Department, vaccine effectiveness against this particular strain of A has been lower than others in the past, and it is typically associated with more severe illnesses. Nyguen says that could be the case this year but it’s too early to know for sure.

One of the best ways to avoid the flu and prevent the spread of it is good hygiene. The Onondaga County Health Department encourages practicing precautions like social distancing, covering your cough and sneeze and washing your hands often with soap and water.

And Jodi Martin of Oswego County Health Department says one of the most important things to do is stay home if sick until you’re fever-free for 24 hours without the use of any medications.

If you develop flu, health officials recommend you contact your doctor, in addition to hydrating and treating the symptoms. But Nguyen cautions against rushing to the emergency room or prompt care.

“Talk to your doctor’s first because the emergency room is a very busy place in the cold months and the added patient flow will stress them further and makes the work hard,” Nguyen said.

Cases of Flu in Onondaga and Oswego Counties

Flu Cases Also on the Rise in Cayuga County

The number of flu cases in Cayuga County has been rising significantly in January. From Oct.

1, through Jan 22, 393 cases of flu have been reported to the Cayuga County Health Department (CCHD).

1. Prevent flu by getting vaccinated: Anyone 6 months and older should get a flu shot. It’s not too late to get your flu vaccine, she said.

2. Practice precautions to stop the spread of flu infection: If you are sick, do not go to work or school.

3. Call your healthcare provider immediately if you think you have the flu, especially if you are at high risk to develop severe complications. (Submitted by Cayuga County Health Department).