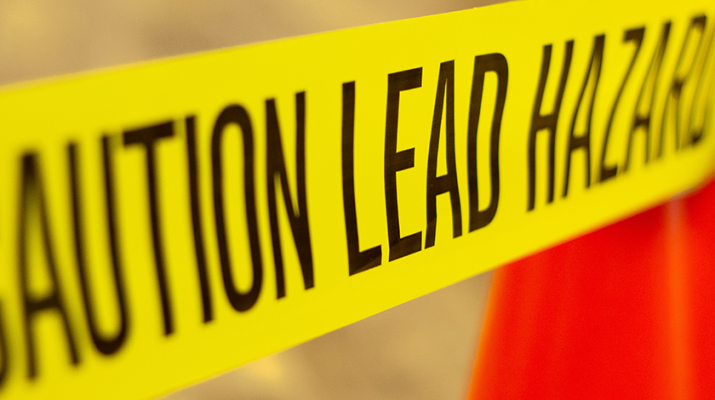 Region mobilizes to continue fight against lead poisoning in children

But it’s a story that’s not done, he added.

More chapters to the story are being added all the time, as government and local agencies continue to make progress in the battle and improve efforts at eradicating the problem.

Children in Onondaga County with elevated blood  lead levels over the Centers for Disease Control reference value of 5 have been on the decrease, said Debra Lewis, lead program coordinator for Onondaga County.

According to the Onondaga County Health Department’s annual report, data shows 11.1 percent of the children tested in 2017 had lead poisoning, compared to 17.1 percent in 2012.

The needle has shifted in the eight years that Lewis has headed the agency. At the time, she said, most of the agency’s focus was on those children at the highest levels. But today, there is a greater concentration on forming partnerships between government and community agencies to attack the issue.

“Now that time has gone on, the intent and purpose are being fulfilled, and we’re making really great strides and making sure we have the right people around the table, having the right conversations, and figuring out how to continue to add more building blocks to this process to keep homes safe for children,” Lewis explained.

Weinberger, who has been involved in lead poisoning prevention work for 50 years, provided some perspective to show the progress that has been made over the last five decades.

“When I first started, it was a mystery,” he said.  When testing first started in the early 1970s, there were no labs doing it properly, so results were mixed. The state health department then developed a standard test for lead.

At this same time, lead was being removed from gasoline, and later in the 1970s, the federal government banned the amount of lead in household paint.

At that time, there were a lot of kids with high lead levels. The CDC level established the acceptable level at 40. Over time, those thresholds went from 40 to 5.

However, there is no acceptable level, Weinberger said.

The biggest challenge can be found in Syracuse’s relatively old and deteriorating housing stock.  Weinberger estimated that 90 percent of Syracuse’s homes were built prior to 1980.

The federal government banned lead in household paint in 1978. In so many of these older homes that are not well maintained, the paint is now chipping away, and it’s sweet tasting.

The more layers of paint, the sweeter it is. This is seductive to infants aged 1 or 2 who are just learning to walk and so often discover their surroundings by putting everything in their mouths.

Compounding the housing problem are the landlords who do not maintain their properties.   Since many do not live in this area or are in limited liability companies, it can be difficult to determine who the responsible party is, Lewis explained.

But partnerships between various government entities are on the increase, Lewis said, better enabling them to deal with compliance.

“We’re all communicating about the same properties, and we’re all working together to try to hold landlords responsible and accountable for maintaining the properties in a safe and healthy condition,” she noted.

“The city and county meet regularly to discuss properties that have both code and health violations and determine what the next step is — whether to offer the property owner some assistance with making the repairs, and if the property owner is non-compliant or not interested in receiving assistance, then finding a way to compel compliance through legal means,” Lewis said.

Furthermore, the health department has an agreement with the county’s Department of Social Services that works through the city’s code enforcement database. If property owners who receive rent payments through Section 8 or Social Services rental assistance are notified that there are problems with those properties and they don’t correct the hazards within a timeline established by the county, the county can generate a rent-hold request, Lewis said.

Adding some muscle to addressing the housing dilemma, the Central New York Community Foundation announced last fall that it would pledge $2 million over four years to combat the issue.

The first round of funding allocated more than $439,750 to the Greater Syracuse Land Bank; Home Headquarters; Housing Visions Unlimited; PEACE, Inc. and Tomorrow’s Neighborhoods Today. The focus is on new housing, renovation of existing housing, education and awareness, landlord education, and serving as an advocate for public policy and legislation.

“It affects our neighborhoods and quality of life in the city. This really motivated us to go deep in this one particular issue,” according to Peter Dunn, president and CEO of the Central New York Community Foundation.

Testing for infants aged 1 and 2 are state-mandated, but not all doctors comply. No county in the state has 100 percent testing, Weinberger said, pointing out some barriers to full compliance.

Because their patients live in suburban areas with newer lead-free housing, some doctors are not as concerned. They forget, however, that their young patients might be visiting areas where they could be exposed. Also, people living in rural areas might not have the means to travel to a community to get tested, and there is no penalty for non-compliance.

Lewis also noted providers who are not necessarily pediatric providers need to be engaged and make sure all children in their care are tested. There are no penalties for non-compliance.

Key is primary prevention, and while housing and replacing windows and doors with lead-free materials is on the top of that list, there are other measures that can be done.

“I think it’s important for people to understand that a lot of childhood lead poisoning prevention is in their hands. People can take very simple steps in their home to keep their family and themselves safe, even if the health department has done an inspection and found hazards,” Lewis said.

Cleaning practices at home include:

— With wipes that are wet and disposable, clean the surfaces that family members come in contact with.

— Wash children’s hands and toys, and before they eat, wipe their faces.

— Remove shoes before entering the house to avoid tracking in lead dust.

— Wipe down surfaces, especially horizontal ones, regularly and consistently.

Good nutrition and a balanced diet are helpful as a preventive measure, both Weinberger and Lewis stated.

There is more of an emphasis on prenatal testing, particularly those who are at risk, are low-income patients and new Americans, Weinberger said.

The refugee population entering the country comes from many different areas of the world where lead is used in different ways.

The standard is that every child under the age of 16 who comes into this country should have a lead test prior to their arrival and then 3 to 6 months later.

Literature provided by the county health department points out that spices and some herbal and Ayurvedic medicines, imported from the Middle East, Latin America, India and China, can contain lead, and cosmetics can also contain lead, with one example being kohl, also known as surma or kajal.

One positive note in all this is the region’s water is good, Weinberger said.

“Our water is alkaline. Acid water will absorb lead from the pipes much more than alkaline, so we’re very fortunate,” he noted.

Testing for leading poisoning is critical since in most cases the child who has been exposed to lead actually does not exhibit any symptoms, according to physician Howard Weinberger, medical director of the Central/Eastern New York State Regional Lead Poisoning Research Center.

“This is why it is so important to do the recommended blood lead testing of all children at 1 and 2 years of age, the age of the highest risk for exposure,” Weinberger said. Blood lead testing at this young age will identify lead exposure early, identify the source of the exposure and prevent continued exposure.

This is why testing housing for the presence of lead should be done before children are exposed to it, he said.

The first step would be to identify and remove the source of the lead exposure. He said the county health department, with its team of public health nurses and environmentalists, can identify sources during home visits and provide education and assistance to those families of affected children.

Secondly, tests for iron deficiency and anemia need to be done. These conditions, Weinberger said, often coexist in children who are exposed to lead associated with poverty.

The use of medication to reduce elevated blood lead, known as chelation therapy, is generally limited to those whose blood lead level is over 45 mcg/dL and requires hospitalization and treatment for at least five days, Weinberger said.  In cases where the blood lead level is lower than that 45mcg/dL threshold, each patient may need frequent blood tests to ensure the lead level comes down to acceptable levels.

“Consequences of lead exposure depend on many factors including the length and severity of exposure,” Weinberger noted. It has been associated with learning difficulties in school, including effects on IQ level, behavioral issues, such as hyperactivity disorders and violent behavior in adolescents and young adults.

“In any individual child it is not easy to demonstrate a cause-and-effect relationship of a particular blood level with any of these problems,” he emphasized.