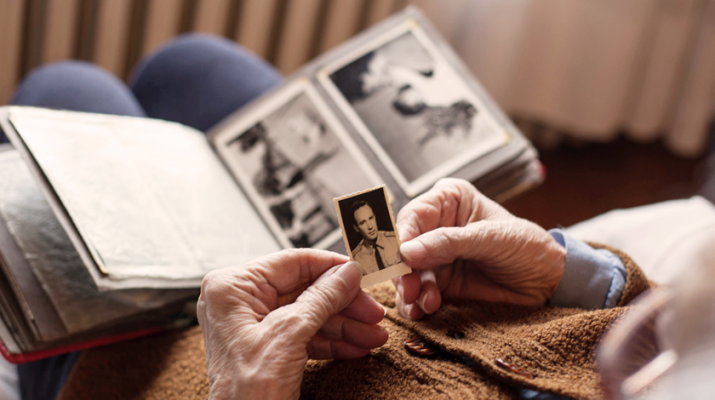 They’re seldom identified as having a substance abuse problem.

According to the National Institutes of Health (NIH), the rate of people over 50 who abuse substances is expected to top 5.7 million by 2020.

The baby boomer generation grew up in the era of widespread drug experimentation. To those who used drugs recreationally in the ‘60s and ‘70s, the current growing expansion of acceptance of medical and recreational marijuana tacitly condones using substances to self-treat physical and mental health issues.

The NIH also states that alcohol predominates as this age group’s substance of choice, although abuse of illicit and prescription drugs has risen in recent years, too.

Morrow, who is board-certified in internal medicine, believes that substance abuse is highly under-diagnosed among older adults, in part because of respect for elders and the generational mindset of minding one’s business may keep substance abuse problems taboo to discuss.

Ironically, more older people visit a physician for chronic health issues than healthier younger people, yet a substance abuse issue often goes unnoticed by their physicians. Even family and friends may not notice, suspect something else or choose not to say anything if they do suspect.

Morrow wants more providers to screen for substance abuse and to look deeper at psychological issues.

For some older adults, chronic pain from an illness or injury initiated a prescription for pain control such as an opioid medication.

“Many, many doctors don’t do the taper plan,” Morrow said. “They start a prescription and just don’t stop.”

She added that many baby boomers want a quick fix in a pill form, not a long-term plan such as exercise and weight loss after a surgery or to ease arthritis pain.

She also said that some older adults can be very manipulative about obtaining habit-forming pain medication. Once the refills end, other’s prescriptions, illicit drugs or alcohol may stand in for pain control or to ease loneliness, depression or anxiety. It’s not uncommon for seniors abusing prescriptions to “borrow” extra pills from a neighbor or family member who has hoarded medication from their own prescriptions. Feeling sympathetic, they unknowingly enable further substance abuse.

The opioid crisis has influenced more physicians to minimize opioid use and help patients develop a plan to use habit-forming pain medication in smaller amounts and for shorter duration. This also helps reduce the number of hoarded pills.

Shawne Steiger, licensed clinical social worker and post-traumatic stress disorder and substance treatment services team lead at VA Health in Syracuse, believes that the opioid crisis, combined with other factors, has influenced the growth in substance abuse among seniors.

“Family and children might move farther away and there’s a high incidence of depression in aging adults,” she said. “We as a society stop seeing people clearly as they age.”

As a result of feeling depressed and with no one noticing, many older adults continue to abuse substances.

“We certainly know that depression and access to alcohol, opioids and anti-anxiety medications contributes to substance abuse,” Steiger said.

She added that these issues often go unnoticed with retirees because they don’t have to go to work, may not drive and could experience few social interactions in a week. Those who were occasional drinkers may look to alcohol more frequently to dull loneliness, pain or boredom.

Drugs and alcohol may affect older adults differently than when they were younger, “especially when drugs are combined with alcohol,” Steiger said.

For instance, muscle mass declines decade by decade as the body ages. For some frail elders, their tolerance can be much lower for alcohol and drugs than when in their physical prime, which can contribute to faster onset of addiction.

Brian Johnson, director of addiction medicine and professor of psychiatry/anesthesia at SUNY Upstate Medical University, said that medication for anxiety can exacerbate cognitive impairment and increase the risk of a fall.

“A patient comes in, is anxious, and gets put on these drugs,” Johnson said. “They will increase their risk of hip fractures by 50 percent. The mortality the first year after a hip fracture is 20 percent.”

Johnson calls opioids the “worst treatment you can give for chronic pain” and “how so many patients are being killed by their doctors.”

He said that a patient is 4.5 times more likely to have fractures if using opioids.

He urges anyone with a substance abuse problem to seek help at an addiction or pain center.

Unfortunately, few programs exist to help those who abuse substances. Many older adults may feel uncomfortable in a typical group setting with mostly younger people.

One-on-one help may be too costly for seniors on fixed income. For some of these, accessing care is complicated by affording co-pays and transportation three times a week well.