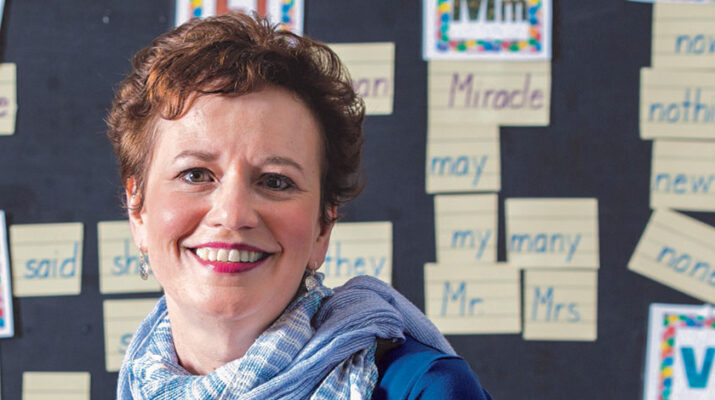 Experts: The surgery can have big impact on people’s lives

But advances in technology in the past decade have enabled bariatric surgeons like Jeffrey DeSimone, with Crouse Hospital, to release patients on the first post-operative day, edging closer to bariatric surgery becoming a same-day surgery.

Although robotic surgery is nothing new, recent advances have allowed its use in bariatric surgery.

“I tell the patients it’s like laparoscopic surgery with small incisions so it’s minimally invasive,” DeSimone said. “We use long trocars to exchange our instruments. We need just four to five small incisions on the abdominal wall instead of a huge incision and staying out of work six weeks.”

“I was a little skeptical at first about being an improvement over laparoscopic, but it appears to be,” DeSimone said. “One thing that makes it better is robotic instruments are like tiny little hands. We have more agility and freedom of movement. Instead of three degrees of freedom of movement is we have seven. The laparoscopic instruments are straight and allow us to go in and out up and down. With robotic, you also have a ‘wrist’ that you can bend and orient the wrist 360 degrees in a circle. We can have latitude to do procedures we couldn’t do laparoscopically.”

“For some surgeons, it probably prolongs their career,” DeSimone said. “I know some who’ve had carpal tunnel and neck problems at least aggravated by surgical positions.”

Laparoscopic bariatric surgery requires four hands, so surgeons rely heavily on an assistant. But with the hand and foot controls robotic equipment provides, the surgeon can do it without that extra help.

To qualify for surgery, patients need to have a body mass index (BMI) more than 40 to qualify or a BMI more than 35 with medical conditions like high blood pressure, sleep apnea or diabetes.

“If it’s 38 but you have no medical problems, insurance will not advocate you get a procedure,” said Taewan Kim, board-certified general surgeon, with a specialty in bariatric surgery.

Before surgery can take place, patients need to undergo six months of preparation.

“Unlike other types of surgeries, when people get interested in bariatric surgery, they’ve done some soul searching as to what to do with their medical problems,” Kim said.

The patients must have medical work-ups such as blood tests to make sure they are physically sound enough for the surgery. Some will need to lose five percent of their body weight to improve their health for the surgery and also to demonstrate their dedication to making lifestyle changes necessary to lose weight.

Many bariatric patients have medical issues that require a cardiac examination, sleep study and endoscopy.

“The process itself also involves a psychological evaluation,” Kim said. “Sometimes after that, you’re asked to see support groups or other support mechanisms.”

Kim said that the psychological evaluation is because many patients have become this overweight because of past trauma has been manifesting as stress eating. Some may have experienced neglect or abuse.

“Before surgery, we help patients recognize that their eating behavior is not good for their health,” Kim said. “The other part of this is we try to make their expectations more realistic. I think that if you are going to have this procedure and you’re trying to do it to get healthier and be around for your kids or grandkids, that’s a noble goal. We do occasionally have someone who thinks their life will turn around and we don’t want them to be depressed afterwards.”

Patients also must have a nutritional evaluation and possibly keep a food diary. Then a dietitian counsels on their post-surgical diet.

Keeping all of these pre-op visits can become difficult for patients, particularly those who may drive three hours or more round-trip for a 15-minute appointment. Since the pandemic has helped expand telemedicine, Kim said that many patients have been able to use technology to connect with their providers.

“Even some of the imaging tests, we try to get it at a facility near to where they live,” Kim said. “It’s been a nice progress to see. On bad weather days, we used to see a lot of cancellations, but they just change to telemedicine.”

The weight loss does not happen immediately. Patients need to continue to follow the advice of their providers to see success.

“Unlike most surgeries where the results are immediate, I think patients always have this guilt that they should’ve been able to lose weight on their own,” Kim said. “You’re bombarded in the culture and media that people have been successful in losing weight by dieting and exercising.”

He referenced a study by the National Institute of Health that said obese people with non-surgical approaches to weight loss – using diet and exercise alone – experienced a much higher failure rate than those who had bariatric surgery.

“Surgery was the only modality that lasted for a year,” Kim said. “People fail with dieting because it’s a physiology and biology issue. Our bodies were designed to preserve calories. Just a few hundred years ago, people were starving. The surgery changes the structure of the stomach or how food is absorbed. It limits the amount of food that can be eaten. Obviously, the psychological eval and support and dietary evaluation and support is a huge factor in this.”

Insurance companies cover the procedure because it decreases other medical conditions. Kim said that after a gastric bypass surgery, those with diabetes have an 80% chance that the condition will be resolved. Patients with high blood pressure, high cholesterol, acid reflux and sleep apnea also experience improvement in their conditions, as well as a reduction in joint pain.

“We believe it impacts just about every aspect of a person’s health,” said Ken Cooper, s bariatric surgeon at Crouse.

Many of the bariatric patients suffer from chronic back and joint pain. Before performing joint replacement, many orthopedic surgeons refer patients with high BMIs to the bariatric department.

“They still may need their joints replaced, but now the surgery will be success and they’ll have better outcomes after surgery,” Cooper said. “We’ve seen people who could barely walk in here later running 5K races.”

In addition to the physical health benefits, patients also see improvements in their mental health, as their weight has likely influenced their self-esteem.

“Many are frankly embarrassed to be in public,” Cooper said. “There’s bias against hiring people who are overweight. Every year I realize more and more how impactful it is. To see the transformation people go through is tremendous. The science supports the surgery and the outcome is what keeps us coming back to perform it.”

Photo: Jacqueline Goettel-Strecansky had weight-loss surgery at Crouse in 2014, and credits the team for her ongoing success. She lost more than 100 pounds and has kept the weight off in the years following her surgery.