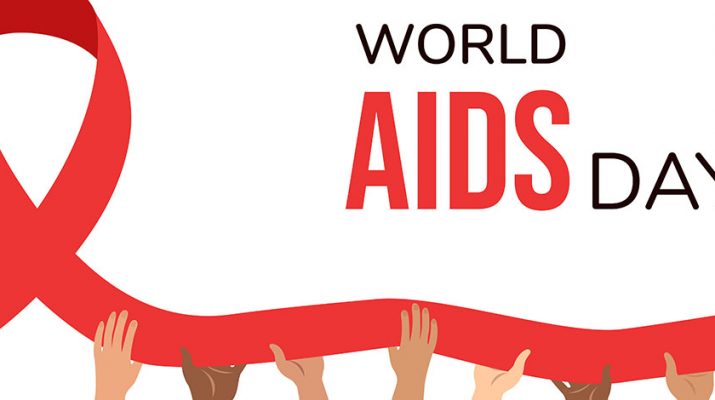 A diagnosis of HIV is no longer a death sentence

The advances in care options and outcomes for HIV patients have improved dramatically since the early 1980s. A diagnosis of HIV has transitioned from a veritable death sentence to an infection as manageable as diabetes.

Nguyen attributes the stabilization to the two-pronged approach of effective treatment of each case and preventing the spread of HIV to uninfected close contacts.

“The universal adoption of effective antiretroviral treatment has played a major role in limiting the transmission of HIV to uninfected individuals,” he added. “Onondaga County Health Department, by providing sexually transmitted infection services to all cross sections of county residents, has contributed significantly to the prevention of HIV transmission by early diagnosis of HIV cases and referral to treatments. We also manage an active and robust PrEP [pre-exposure prophylaxis] service to prevent the spread of HIV to uninfected contacts of HIV patients.”

The first drug developed to increase longevity in HIV patients was AZT, which was introduced six years into the epidemic. By the mid-‘90s, a “drug cocktail” of three medications became the standard protocol. That’s when providers began to see real change. They could also measure the viral load to test how effective the drugs were in individual patients.

Today, newly diagnosed HIV patients can expect to live close to if not a completely normal lifespan. However, that relies on seeking treatment early and remaining consistent in managing their health.

“Things are going tremendously much better,” said physician Elizabeth Asiago-Reddy, associate professor of infectious disease and medical director of Inclusive Health Services at SUNY Upstate Medical University. “A few things have happened over the past 15 years. I started working in HIV care around that time. It’s dramatic how things are. The drugs have become much easier to take and much better tolerated and more effective.”

If patients skip even a dose, that can promote virus resistance. Since current drugs are better tolerated, patients are less likely to miss doses. Most insurers cover HIV medication, which helps more people gain access to them.

To reduce stigma and increase testing, some providers think that HIV testing should be normalized instead of intended only for those identified as in high-risk groups. HIV is spread through sexual contact or shared needles involving someone with an infection.

HIV patients whose infections are well-managed and who have an undetectable viral load cannot transmit HIV sexually.

In recent years, injectable drugs have been introduced to free patients from having to remember to take a daily pill. Every one to two months, a healthcare provider administers the injection. That can help people who struggle to not miss a dose. An implantable medication, similar to the contraceptive Norplant, is currently being studied.

The variety of drugs—numbering 40 instead of just a handful—has proven an important part of the war on HIV. If the virus develops resistance to one medication, a patient can shift to something different.

In addition to monitoring their infections, providers also keep close watch on other indicators of health. For this reason, someone with well-managed HIV may outlive someone without it who doesn’t manage their health.

“We recognize how much sooner in the course of illness HIV should be treated: ASAP,” Asiago-Reddy said. “We used to worry about medication toxicity. We’d wait until their immune system was low. Over time, data accumulated from clinical trials to show that was a failed strategy, especially in the era of modern medicines. The sooner they start medications, the better they are. Life expectancy approaches normal.”

She added that in 2019, healthcare providers saw a significant drop in the number of new HIV cases. She attributes this trend to the use of PReP, needle exchange programs, condom use and the medications that can help keep the virus load to undetectable and therefore non-transmittable levels.

Dec. 1 is World AIDS Day, which aims to raise awareness, reduce stigma, and promote understanding of HIV and AIDS.