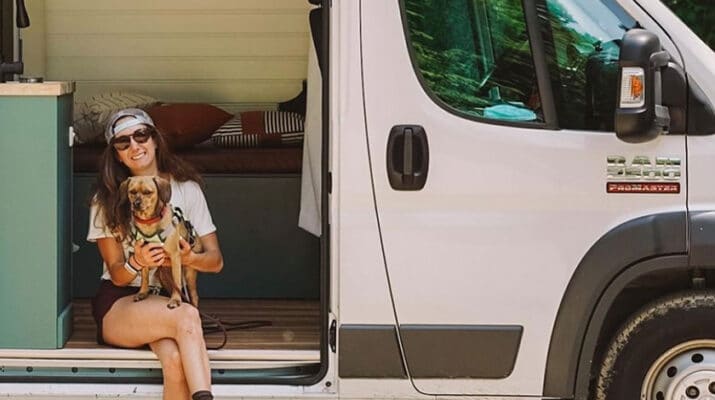 “I was like, ‘how have I functioned while I was missing all this stuff?’”

A decade ago, when a doctor informed Rebecca Witkin that she was partially deaf and should be wearing hearing aids, she was stunned.

An active and healthy college student, she’d never imagined needing hearing aids. When she pictured herself with them, all she could think of was a pair of hulking devices hanging from her ears, plainly visible to everyone.

“Now that I know what hearing aids can do for you it wouldn’t matter,” she said. “But at the time I was young and vain and I was very against it at first.”

Witkin said she dealt with feelings of shame and embarrassment and was afraid to be vulnerable enough to talk about her hearing loss or the hearing aids she wore on a daily basis. She hid her condition from friends and co-workers when she could.

As she matured and reflected on how much hearing aids had improved her quality of life, Witkin’s outlook gradually changed. She became more comfortable with her deafness. The pandemic, which has been especially challenging for the hearing impaired, led her to be more open in discussing her condition.

Witkin’s issues with hearing began at an early age. She was born two months premature with underdeveloped ears and needed nearly a dozen sets of drainage tubes during childhood. That caused a significant amount of scarring and a permanent perforation in one ear.

Each time the students at her school lined up at the nurse’s office for the standard vision and hearing tests, her parents would get a call notifying them she had a hearing deficiency. She saw a pediatric ear, nose and throat (ENT) specialist. Although she was aware she didn’t hear quite as well as her classmates, she watched television and listened to music with the volume up, she didn’t think about it much.

Witkin is unsure if her hearing worsened as she got older or if she started having more trouble functioning with her hearing loss. But the problem slowly began creeping up on her a decade ago while attending SUNY Oswego.

She sat closer to the front of lecture halls and struggled to hear friends in noisy settings such as bars, but it was after becoming involved in student government that she realized something might be wrong. In meetings Witkin noticed she couldn’t hear what people were saying. She’d miss things others picked up on. Sometimes it seemed like the person speaking was mumbling. She particularly struggled to hear the voices of older people in meetings, such as deans and department chairs.

“It slowly dawned on me,” she said. “I thought maybe I had an ear infection or drainage problem.”

“And very casually he was like you should be wearing hearing aids,” Witkin said. “I was kind of just like ‘excuse me?’”

The doctor referred her to an audiologist at Hearing Evaluation Services of Buffalo to be fitted for hearing aids. Witkin was reluctant, but her outlook brightened when she met physician Rebecca Witter. She connected with Witter who — aside from sharing the same name and being just half a dozen years older than Witkin — took a softer approach. She assured Witkin that hearing aids would improve her quality of life significantly and that the devices weren’t very noticeable.

When she tried her hearing aids, Witkin realized how much she’d missed.

“It was like all of these little things that I had been missing,” she said. “It was pretty surprising at the time because I was like how have I functioned while I was missing all this stuff?”

She began noticing sounds such as the whooshing of cars going by, the hum of her refrigerator and the tapping of her metal bracelets on the chair in her audiologist’s office. She was startled at first. Witkin had known the sounds were there, but now they came through louder and clearer.

She also began to pick up on jokes and conversations that she had previously missed.

“It pretty much just changed my awareness,” she said. “I was missing a lot and I was still functioning, but not to the capacity that I guess I could have.”

As excited as she was about the benefits she reaped from wearing hearing aids, Witkin was initially still self-conscious. She used her hair to obscure them and avoided talking about her hearing loss. A colleague, for example, worked with Witkin for almost three years and never knew she wore hearing aids.

Witkin said her reluctance to discuss her condition partially stemmed from the public misconception that only older people wear hearing aids. Gradual hearing loss is common as people age; nearly half of Americans older than 65 have some degree of hearing loss. And it was Ronald Reagan, then the oldest president, who contributed to widespread acceptance of hearing aids by the public by openly wearing them in the White House.

But hearing loss isn’t concentrated solely among older people. For every 1,000 children in the U.S. as many as three are born with a detectable level of hearing loss. And approximately 15% of people older than 18 report some trouble hearing.

Hearing loss may affect people of all ages, but Witkin learned they didn’t necessarily lend themselves to her ultra-active lifestyle. The 29-year-old’s interests include weight-lifting, running, cycling, climbing and skiing. She also enjoys hiking, camping and boating, activities that can mean getting close to water.

“It’s really hard to have $7,000 worth of technology in your ears that you know can’t get really wet,” she said. “It’s like a constant battle.”

Running in 5Ks also presents a challenge. If she wants to wear headphones for music, she has to take her hearing aids out and tuck them in a bag or leave them in her car.

Over time, Witkin opened up to her friends, who have been supportive. She owns Nickel City Athletics in Buffalo and that setting can be noisy, especially if there’s music playing in the background.

She makes it a point to tell clients that she wears hearing aids. That proves especially helpful for group settings, such as fitness classes when Witkin has to rely more heavily on body language to make sure she isn’t missing anything.

Although she’d gradually become more open about her hearing loss, the challenges posed by the pandemic pushed her to be more vocal.

“Masks and hearing aids do not get along,” she said. “Collectively it was really difficult.”

Countless times during the pandemic she would load groceries into her car after leaving the store, take her mask off and accidentally fling a hearing aid into the trunk. Not being able to see people’s mouths as they speak has been hard. Witkin never learned lipreading, but uses people’s mouths to help understand conversations.

In a sign of how much Witkin has changed, earlier this year when she received a new set of hearing aids, she posted a photo of them on Instagram alongside photos of her running in 5Ks and standing atop mountains.

“It was nothing to be embarrassed about is what I realized,” she said. “There’s no reason for me not to talk about it and be open about it because who knows, it could help; someone might realize it’s not uncommon and there are resources out there.”

Featured Image: Rebecca Witkin poses during a camping trip south of Buffalo last summer. She and her boyfriend converted a 2019 Promaster into a camper. Witkin spent years hiding her deafness before opening up about it.