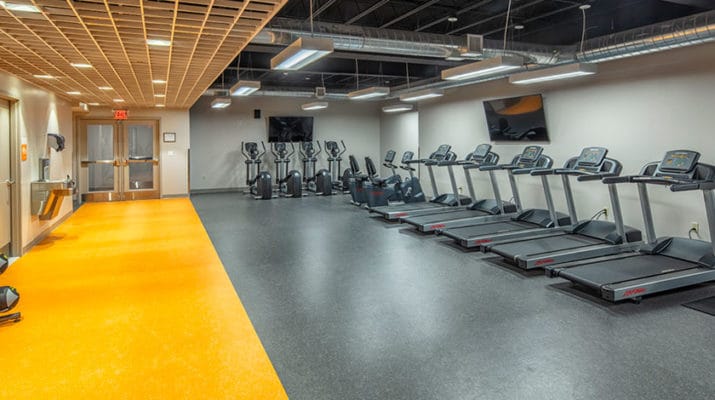 The opioid epidemic has reached all corners of New York state and Central New York, but the amount of inpatient facilities to help people recover from their addiction is not as widespread.

This shortage can force those who are trying to recover in underserved areas of the state to travel to other parts of New York in order to find these types of services.

That’s the case in Central New York, too, says Jeremy Klemanski, director of Helio Health, a nonprofit health care organization that works with people struggling with substance abuse and mental health disorders. Helio Health offered some acute inpatient detox and rehabilitation services, however, Klemanski says it was not enough to meet the growing demand.

“There’s a lot of anecdotal evidence experience we have that shows that leaving the area is generally not what’s best for people,” Klemanski said. “It’s harder to reunite with their family or reconnect with their support structure if they can’t see them. They can’t make those easy transitions to living back at home or to reuniting with a loved one. We wanted to minimize that.”

So, Helio Health partnered with Onondaga County and the New York State Office of Addictions Services and Supports to address the problem. Together, they opened Elements of Central New York, a new residential addiction treatment facility at 4567 Crossroads Park Drive in Liverpool.

The clinic boasts 55 stabilization and rehabilitation beds and 20 reintegration apartments.

Elements of Central New York was specially designed to provide patients treatment for almost every phase of their recovery.

In the stabilization phase, patients receive integrated medical care while they recover from withdrawal symptoms; in the rehabilitation phase, they are treated with medication, therapy and healthy living education while working on building long-term resiliency; and in the reintegration phase, patients transition from a structured-treatment setting to independent living on-site while getting assistance in setting up housing, work, and supportive social structures for when they are eventually discharged.

“One of the things that’s a huge risk factor for people in recovery from substance use disorder is going back into the community when they’re still not comfortable that everything is quite the way they wanted — their medication isn’t having the full effect they need, they are still adjusting dosages, or they are still have having anxiety about their work or home life situation,” Klemanski said. “We just want to be able to make that transition in a comfortable way for folks so that we try to minimize the risk of a relapse and help them become re-stabilized.”

Helio Health has started treating patients in the  44,000-sq.-ft. facility, which originally was an old office building and vacant land. Klemanski says they complete gutted to the building to its steel and concrete frame and added a new roof, plumbing, and parking lot ahead of the Feb. 11 ribbon cutting. The total cost was $14 million. New York state footed the bill and will continue to help fund the clinic with an annual $1.1 million allocation.

Elements of Central New York is the latest step the state has taken in what Gov. Andrew Cuomo calls an aggressive, multi-pronged effort to address the opioid epidemic. His administration says efforts like these may be helping to turn the tide in the opioid crisis.

It was announced late last year that opioid overdose deaths among New York state residents outside New York City declined 15.9% in 2018 compared to 2017, the first decrease in 10 years.

“The addiction epidemic has been a terrible scourge on our communities, but thanks to the hard work of the state and organizations like Elements of Central New York, 2018 saw the first decline in overdose deaths in New York in a decade,” Cuomo said in a press release. “We’re not letting up the fight against addiction and with the opening of this new center we are continuing to lead the way by expanding services throughout the state to try to reach all those in need of treatment and support.”