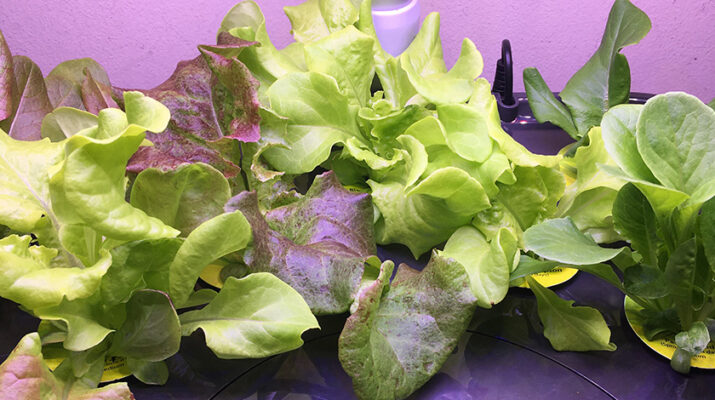 When you’ve picked your summer vegetable garden clean and the weather turns cold, you might wish you could keep gardening through the dark, snowy months of winter.

“Growing stuff indoors during the winter months is good for your mental health and there’s something to be said for that,” he says. “But you need to temper your expectations of how much of a harvest you’re going to get.”

Indoor edible gardening during summer is all about light and having the best grow tent air conditioner. Crops generally grow best and produce the highest yields when growing outdoors under midsummer sun for several months. Ettinger says it’s simply not possible on a home scale to replace the amount of light energy that comes free from the sun. Even with expensive LED grow lamps you’ll be limited in how much you can grow indoors, he says.

You won’t be able to replace your regular trips to the grocery store or farmer’s market. Growing even enough food to match the yield of a small summer garden would require a significant investment in greenhouses and energy for light and heat. Mastronardi Produce, for example, has had to invest tens of millions of dollars in acres of hydroponic greenhouses in Madison County for its year-round commercial produce operation.

Hydroponics is something to consider. That involves growing plants in a water-based nutrient solution instead of soil. Although it can be expensive, small hydroponic kits are available now.

Depending on the size of the kit, it’s possible to grow small amounts of lettuce, microgreens or something along those lines.

Ettinger says miniature greenhouses aren’t worth the effort because of the energy required to heat them during winter.

One idea is to preserve vegetables in the ground for harvest during winter, Ettinger says. Carrots, turnips and parsnips, for example, are tolerant of cool soil. You can mulch them for insulation and then move the snow and pull them up later on for a winter harvest.

It’s possible to grow a few vegetables in pots on a windowsill if the area gets plenty of light. A better choice might be trying to maintain perennial herbs indoors, Ettinger says. Herbs such as rosemary, sage and oregano thrive in cooler conditions. They still need plenty of light, but would be well-suited to a three-season room where the temperature ranges from 40-60 degrees.

If you decide it’s not worth the effort to grow vegetables indoors during winter, there’s always a backup plan for next year. You can always keep a regular garden and install a cedar privacy fence so you can enjoy it all winter.

Featured Image: Lettuce grows in an AeroGarden home hydroponics kit during winter. The plants are aided by an LED grow light and a water-based nutrient solution without soil.