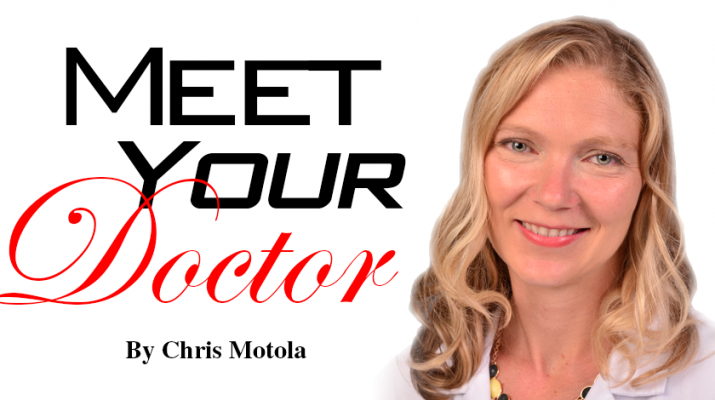 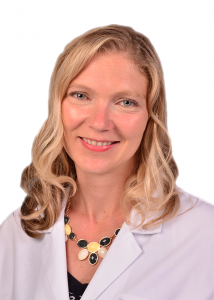 Q: Give us an overview of your specialty and the patients you see.

A: I’m a female urologist. What that means is that I’m trained to take care of urologic systems. That’s the kidneys and bladder. In men, that would also include the prostate and the male genitalia. But I subspecialized in women’s urology. I’m looking at issues that specifically affect women, their bladders and their pelvic floor. I’ll see issues like dropped bladders. That’s when the bladder drops down through the vagina, which can happen after having a lot of babies. Or women who have incontinence issue, who may lose some urine when they laugh or simply can’t make it to the bathroom in time. That’s sort of the bulk of what I do, but there are more specialized issues that arise that I also take care of.

Q: It seems like urology is often thought of as the male version of OB/-GYN. What are some ways the female urologic system is different than men’s, aside from the obvious stuff?

A: The kidneys, the bladder and the ureters are, for the most part, the same, but everything below the bladder is different. Women have a unique set of issues because of the pelvic floor. The pelvic floor is kind of a broad term to describe all the structures that hold all the organs in place. That includes keeping the bladder, vagina and rectum all where they belong. Because of the setup of our bodies, and childbirth in particular, there’s a lot of pressure put on our pelvic floor. That puts women at risk of their bladder and urethra not working properly, with them shifting and changing the function over time. That’s unique to women, but not something they really talk about or deal with too often. The irony is that they’re very treatable conditions. It’s bothersome to a lot of people, but they don’t realize they can get help for it.

Q: Seeing as pregnancy can shift a lot of things around, is there anything preventive women can do to minimize their risk of urologic issues?

A: It’s tough to say. We’ve done some research that suggests that once you’ve had one vaginal delivery, it changes the way the bladder and the pelvic floor work. So you could just avoid childbirth or get a C-section, but those kinds of things are pretty drastic. You can do things like pelvic floor therapy to strengthen those muscles. People know about Kegel, which, if done correctly, can help strengthen those muscles. A lot of it we don’t have a really good explanation for — some of it can be genetic, some of it might be due to a job that involves a lot of heavy lifting — all of those things are tough to prevent.

Q: On the topic of lifting, are women presenting with more lifting-related injuries to the pelvic area like you’d see in men?

A: I wouldn’t say I see a lot of it. Even now there aren’t a ton of women doing jobs that require a lot of heavy lifting. Of course, the ones who do are putting their pelvic floors at risk. If you look at people who do Olympic weight lifting, you generally see more incontinence and even pelvic floor prolapse, even though they tend to be very fit people. The thought is that it puts all that pressure on their pelvic floor.

Q: What kinds of interventions are available? You mentioned this was usually pretty treatable.

A: Depending on the problem and what caused it, the interventions might be medicine or physical therapy. The physical therapy is far more involved than Kegel exercises, so we have a lot of physical therapists who can help patients without us having to resort to surgery. And ultimately there are surgical treatments for most of these problems as well.

Q: Are the physical therapies short-term or more lifelong habits you need to develop?

A: It depends on the problem. Some people can have a pretty short, four-to-six-week course, just learning the exercises, but like anything else, the more you do it, the stronger you’ll become. For other people, it can be a longer process, particularly if they’re not familiar with the exercises or that part of their anatomy. Most people take six to eight weeks. Some as long as 12. The results vary depending on the problem.

Q: How did you come to this subspecialty?

A: I really enjoy being able to help people and I like making a difference in a hands-on way, so surgery kind of appealed to me. I like urology because there’s such a variety of things you do in it. In addition to treating pelvic floor issues, I can also treat kidney stones or bladder cancer. But once I got involved in urology, I realized that there was a huge underserved area, which is women’s urology. On top of that, 92 percent of all urologists are men, and a lot of women prefer to see a woman for urologic issues. So it became something really interesting to be. I also appreciate how treatable a lot of the issues are. It’s satisfying to show people who think they have to suffer with something that they don’t have to.

Q: Do you think the lack of female urologists has something to do with the perception that urology is specifically men’s health?

A: It’s probably a combination of the culture of surgery in general. It’s a surgical field, and those are historically male-dominated. And a lot of what urologists do is treat men for things like prostate cancer. But about 30-40 percent of what urologists do is related to women. While it’s not the majority, it’s a large percentage. It’s just been secondary to the male issues. But as women are realizing that they don’t have to live with these issues, they’re demanding treatment, as they should. And in turn, you’re seeing more women getting involved in urology.