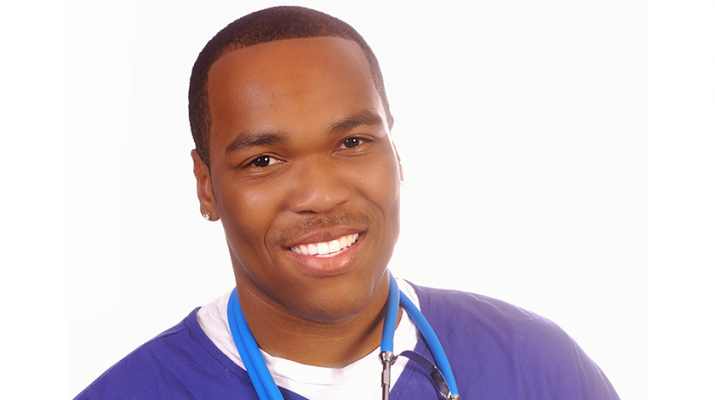 A profession once dominated by females is gradually getting more diverse, despite a lingering gender bias among patients and health care administrators

Picture a nurse. Did an image of a kindly-faced woman in white or scrubs come to mind?

Decades-long female dominance in nursing has contributed to the gender stereotype of women nurses.

While women still outnumber men in nursing, more men have joined the ranks at schools such as LeMoyne College.

That reflects the nationwide percent of men employed in nursing, 10.1 percent, according to the Bureau of Labor Statistics.

David Goede, regional director for the Nurse Practitioner Association of New York State, remembered that back in 1985 when he earned his associate degree in nursing, men represented only 2 percent of nurses.

“I had often encountered the question as why I chose nursing as a career,” he said. “As I contemplated this question, the next question that was usually asked is, ‘Are you working on becoming a doctor?’ I have always had difficulty trying to understand the basis of these questions. Do we ever ask female physicians why they chose to be a physician and not a nurse? To me, these comments exemplify bias of career choices based on gender.”

He said that men in nursing is not new. Males cared for individuals’ health care needs throughout history. During the 1300s, most care provided by non-family members were provided by male monks through monasteries. And during the Crimean War, men worked within the hospital setting alongside women providing direct care until they were called into battle.

Goede believes that the origins of female dominance in nursing stems from how nurses initially received their education. Once formal education became standard for nurses, they were trained at schools with dormitories. Since men weren’t allowed to stay in the dormitories, they faced difficulties in entering nursing school.

“It wasn’t until the education of nurses moved from strictly controlled dormitory style education into an academic setting that allowed male students to attend,” Goede said.

Kathy Gray-Siracusa heads the nursing department at LeMoyne. She views the growth of men in nursing as a positive trend.

“We want to encourage more men to get into nursing,” she said. “It’s becoming more and more accepted as a profession for men. It was harder in previous years. As we become a more accepting society, the gender role is changing.”

Some patients prefer a male nurse, but Gray-Siracusa said “some have the old stereotype that male nurses are homosexual,” she said.

Like women, men also have opportunities to seek further education to obtain supervisory roles, work in education or, in the case of nurse practitioners with more than 3,600 hours of clinical experience, practice without a collaborative agreement with a physician.

Gray-Siracusa said that career-oriented men tend to look for opportunities to advance in their nursing careers more quickly. Specializing in a medical discipline and acquiring roles in management and education offer higher salary and more responsibility.

“Getting more diversity in nursing is a good thing because the patients are diverse,” Gray-Siracusa said. “How can we understand them if we’re not diverse as a workforce?”

Officials from several nursing schools in Central New York — Cayuga Community College, Crouse Hospital School of Nursing and St. Joseph’s College of Nursing, among other, did not respond to requests to comment for this story.