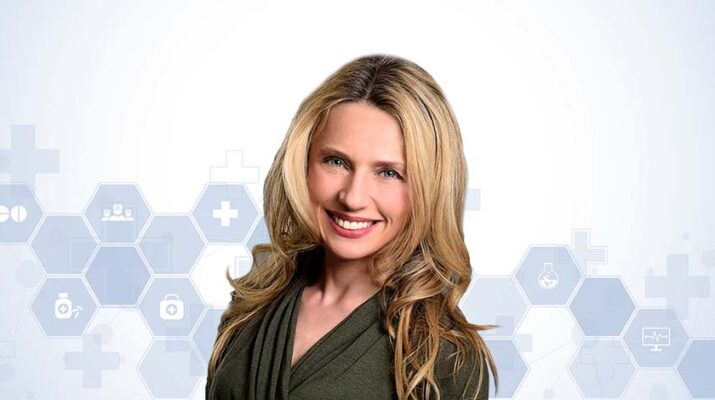 In NYS 22.5% of high school students report using e-cigarettes, says director of the Regional Center for Tobacco Health Systems at St. Joseph’s Health. She discusses vaping among teens, its dangers and the rise in numbers

Q: How prevalent is vaping among teens?

Q: What do you think is prompting such startling statistics?

A: I think that, like most trends, it’s not one specific thing. I think that a lot of the stress and loneliness through the pandemic could have certainly been a trigger for some teens to start smoking and specifically to start vaping. It’s also portrayed glamorously in a lot of movies and shows that are aimed at adolescent people. There’s an organization called the Truth Initiative, a non-profit, national public health organization, and they recently released a report titled “While You Were Streaming – Nicotine on Demand.” That really highlights how tobacco use and e-cigarette use are widespread in shows and movies and videos, which really fuels that epidemic.

I know in many areas there’re multiple smoke shops, and even though they’re selling items that aren’t necessarily traditional smoke, they’re often called smoke shops, and they’re located just beyond the required school zone limits that New York state has, which is just under 3/10 of a mile. It’s easily within walking distance of many high schools and then the flavorings are another draw for a lot of teens. They’re candy and dessert flavors, which makes them seem like they’re safe, and they are not.

Q: Do you agree with some of the headlines stating that vaping has reached a national public health crisis and/or epidemic?

A: Unfortunately, I do. It definitely has reached the level of being a public health crisis. Epidemic is an increase, often sudden, where you have levels above what is expected in a population, and what we’re seeing here is definitely substantially above what would be expected, especially considering that downward trend we’ve seen in teen smoking rates over the past several decades.

Q: What are some of the myths surrounding vaping that you have heard of or have heard about?

A: Definitely the biggest about vaping is that it’s safe. More than half of young people do believe that it’s actually safe, when indeed it is not. The other is that people who smoke or vape don’t want to quit. And that’s also really not the case.  Most adults and teens who smoke or use e-cigarettes do want to stop, but it’s really hard to do. The New York State Department of Health helped create a program with the Truth Initiative to create a New York State-specific version of their text-based intervention called “This Is Quitting.” Folks who sign up get a free, anonymous text message program. They get daily messages. The program was created with input from teenagers, college students and young adults who have either attempted to or have quit successfully. They are tailored into two age ranges: 13 to 17 and 18 to 24 to give age-appropriate quitting recommendations. In New York, any anyone who would like to be involved in that program can text drop the bait as one word to 88709.

Q: What should parents look for?

A: It’s really tricky because cigarettes have a standard size of the packaging, and they definitely smell. Vaping devices can look like an everyday object, a USB drive or a pen and have no discernible smoke. The signs typically that parents are told to watch for are things like coughing, complaints of chest pain, fever, weight loss, nausea, abdominal pain and any kind of recurring lung infections. But I can imagine it would be pretty easy for parents to dismiss those signs as a cold or the flu or seasonal allergies. It’s really important that parents pay close attention to watching if their child is experiencing shortness of breath doing something routine, like if they’re walking up the stairs or running across the lawn, something that would not be typical for that child at that level of exertion. If your child is an athlete and all of a sudden is getting winded during a practice, that would be another sign to watch.

Q: Are there any tips that you have for parents to start conversations with their kids?

A: The biggest tip I give is having open conversations with open-ended questions. You can’t really script it. You can begin by asking your child, ‘What do you think about vaping?’ ‘Do you know anyone who uses e-cigarettes?’  Having a few facts and resources that you can share ahead of the conversation can be helpful. The biggest thing I think that’s important for parents to know—whether it’s this conversation or any other about a topic that might make a parent uncomfortable—is it’s OK to say, ‘I don’t know’ to your child if your child asks a question that you don’t really know the answer to. You don’t have to be the expert to start those conversations. You can find the answers out together. That can be really powerful and it helps build that openness and trust in having conversations. Try really hard to mediate your own feelings and just ask questions, I think, is the best way to help kids open up.