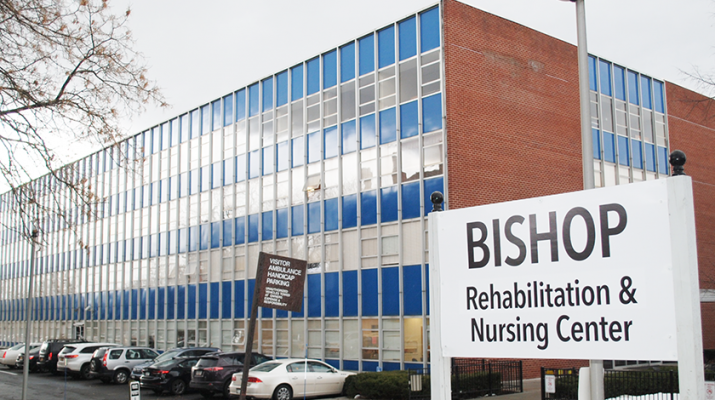 With this motto, Margaret Mary Wagner is prepared to take on the challenge of turning around the former James Square Health and Rehabilitation Centre that has been dogged by financial and patient care problems.

In December, the facility at 918 James St. in Syracuse, was sold by River Meadows LLC to a company headed by Edward Farbenblum for $45 million.

Farbenblum has brought Wagner in as the administrator to oversee the center, which currently has 300 residents, but is licensed to accommodate 450, and a staff of 500.

One of the first orders of business for the local nursing home, Wagner noted, was to change the name of the nursing home in order to give the facility a fresh start.

“That is the beginning of change — your new name,” Wagner said. The administrative staff voted to name Bishop Rehabilitation and Nursing Center, in honor of physician Jeanne Bishop, who has been medical director at the facility for the past 25 years. Wagner credits Bishop, in large measure, for keeping the facility running and staff together during its more turbulent times.

But the name change is only the beginning.

Saying that the situation is not a quick fix and that she has a list “10 miles long,” she also sees the importance of prioritizing those improvements.

“I think it’s the combination of knowing what’s right to do and the timing of when to do it,” she explained.

Her immediate areas of focus are staffing, education and training, and improvements to the food service. She’s already attended two family meetings and met with all the residents.

She is excited about the current staff. “In many respects what I see here are great staff members who bonded together,” she said. “And Dr. Bishop helped them, giving hope that things are going to get better. There’s this phenomenal wealth of commitment to do it right. And they’re excited about it because they’re getting to see the changes. I think that’s pretty spectacular.”

Pay raises for LPNs and certified nursing aides have already occurred. Noting that the LPNs were the lowest paid in the county, they received a $1 million pay hike, and CNAs saw a $500,000 pay increase. They have also added sign-on and recruiting bonuses for the staff, Wagner said.

“That’s how you’re going to turn the key on this,” she said. More professional and medical staff will be hired as well, and from mid-December to mid-January she said she has received more than 250 applications.

Residents’ meals are already being improved, with ice cream and cookies already making a return to the menu. “If you get what you like to eat, you’re going to do better,” she noted.

Wagner indicated that renovations to the facility, which opened in 1970, are also in store, including a new lobby area, and an increase in the number of security cameras in the facility’s common areas and nurse stations, exterior doors and the parking areas. And certain decorating trends from the ‘70s will be updated, such as the wallpaper in some of the rooms, and the carpeting on the walls and ceilings.

Wagner joked that when Farbenblum asked her to be the administrator for the center, she said she would take the position on the condition that the carpets on the walls and ceilings be removed.

She anticipates renovations to begin later this spring, once the appropriate approvals from New York state and permits from the City of Syracuse are obtained.

As her efforts to turn the facility continue, there will be benchmarks to measure her effectiveness. There are state and federal quality indicators, and her goal is to be at the leading edge in those indicators.

But she’ll measure herself, too, against what the residents and their families say.

“If a family member sees the improvement; sees the staff on the floor; sees consistency in their answering, their loved one likes the meal, they see that they like the meal. That’s a good indication. The families and the residents are going to be my first one in telling me things are better,” she explained. 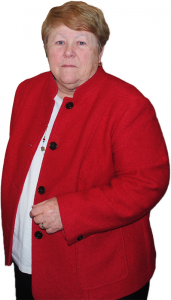 Margaret Mary Wagner, the 70-year-old Kenmore native, brings 40 years of experience to her new position of administrator of Bishop Rehabilitation and Nursing Center.

However, before entering the field of nursing home care, Wagner earned degrees in fine arts, and became a nun, teaching college. She eventually left the convent and, unsure of what to do next, applied to be a Fulbright scholar. To her surprise, she was chosen and traveled to India. While abroad, she volunteered in a hospital for people with leprosy.

“It was the first time I had ever worked with dying people,” she said. “I couldn’t believe I could go from college kids to elderly people, but I loved it so much.”

Upon her return to the United States, she decided to go into the health care field, went back to school in health education, and has been a licensed nursing home administrator for four decades.

She was affiliated with Buffalo General, and when Kaleida Health took it over, Wagner became vice president of its long term care, responsible for managing four facilities and a low income housing project.

She had retired from Kaleida, but stayed active in the field, remaining involved with the American College of the Health Care Administrators. She has been a national speaker on health care and nursing homes and headed up of a consulting business, Margaret Mary Wagner, Health Care Navigator LLC. Farbenblum had heard of Wagner, arranged a meeting and asked her to come out of retirement and work for him after he bought this Chatuaqua facility.

From there, Farbenblum has brought her to the Bishop Center and she’s excited for the challenge.

“It’s a huge commitment for anyone to take over a nursing home in distress. But what’s more important is that if you have experience doing it and being successful, it’s certainly to us an exciting process to see change,” she said.