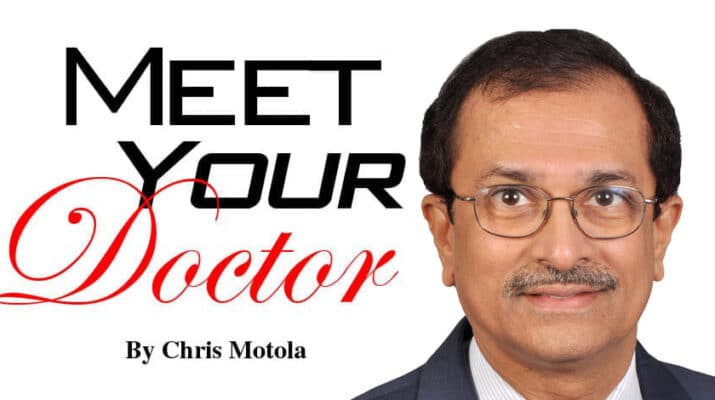 Q: Tell us about the changes at the neurosurgery department at Upstate.

A: I am the chair of neurosurgery. We’ve always had the neurosurgeons take care of all the difficult problems that affect the brain, spinal chord and nerves. Things like injuries, tumors, strokes, aneurysms. Recently we’ve expanded the number of neurosurgeons in our department from seven to 10. We’re not all doing the same thing. There’s subspecialization. Some of us do brain tumors as a specialty. A couple of us do pediatrics. Some of us do vascular neurosurgery. A few of us do functional neurosurgergy. Most of the time seizures are taken care of by medication, but if that’s not working they often need surgical solutions to take out the area that is causing the seizures or pain, or putting in a device that records the abnormal signal coming out of the brain that causes the seizure and stops it in its tracks by giving it an electrical jolt. So it’s called responsive neurostimulation. We’re doing all the things any world-class institute would do. With this expansion of neurosurgery services, we’re confident that we can offer world-class care right here in our community, so that there’s a decreased burden on our patients and their families. They won’t have to travel to get the best treatment.

Q: I take it this also includes equipment?

A: We have all the technology; we have the ability to take out brain tumors completely. We can do inter-operative MRIs. And we have a robot that can precisely put electrodes into the brain without causing damage. Upstate is also the regional trauma center, the regional cancer center, the region’s children’s hospital, all of this means that we have a wide number of specialties available to take care of complicated problems. With brain tumors, for example, you’d want not just a neurosurgeon but an oncologist, a radiation oncologist. So you need multiple specialties. Upstate is able to cater to all of those complicated problems. We can treat metastatic tumors that get into the brain in one day with the Gamma Knife. So expansion of the program means that we can provide the best care for our community without having patients leave the area, to go to Boston, New York City or Texas to get their care. Not only is it inconvenient, but not every family can manage the expense, take that much time off of work, get insurance to approve it. We can take care all of that in your backyard.

Q: Prior to the expansion, where would patients have had to go to get comparable neurosurgical care?

A: We were able to cater to the majority of patients, but with the expansion of the program we can capture a larger service area. Having more neurosurgeons increases the number of things you’re able to do. We’ve been taking care of complicated cases for a decade, but now we can have people focus on specific subspecialties. You might have seen in the press that neurosurgeons are doing brain surgery while the patient is awake, even playing guitar. We had people who could do those surgeries, but now we have people available to do those surgeries regularly and expand our services so we can cater to a lager population.

A: So I do both vascular neurosurgery and pediatric neurosurgery, but I am also specially trained in minimally invasive surgery. There are a couple of us who do minimally invasive work in the brain. Basically, minimally invasive means that you want to make the smallest cut and cause the least amount of damage to the structures you’re going through. So, for example in relation to aneurysm, you can open the head and operate on an aneurysm, or you can get there through an endovascular route, where you put a catheter through the artery in the wrist and deploy devices to close off the aneurysm. Dr. [Grahame] Gould uses the endovascular approach. I do open vascular surgery. So from a patient’s perspective it offers a choice of treatment strategies. Not everyone can be treated with minimally invasive approaches, but the people we do tend to spend less time in the hospital. For example, spinal fusion surgery may traditionally require several days admission into the hospital, but with minimally invasive approaches, it may only take one day. It also decreases the amount of pain because you’re not cutting through all the muscles.

Q: Which subspecialities have benefited the most?

A: It allows us to focus our efforts on brain tumors, for example. We have two pediatric neurosurgeons. We also cover the neonatal intensive care unit on Crouse Hospital. We have four functional neurosurgeons, people who deal with Parkinson’s disease and epilepsy. There’s our spine team, with a specialty surgeon. He does mostly big tumors that affect the spinal chord and spine. We have vascular neurosurgery. And then we have a neurosurgeon who does emergent critical care neurosurgery, taking care of patients who need emergent surgery. We have the region’s only dedicated neurologic intensive care unit with specially trained physicians and nursing staff with round-the-clock coverage.

Hobbies: Keeping up with research, particularly on non-surgical treatments for hydrocephalus; outdoor activities