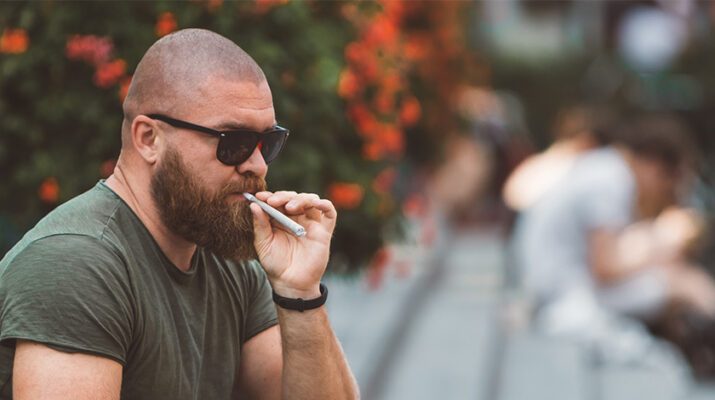 In addition to the increased risks for health issues that both genders experience, smoking also raises risks exclusive to men, including erectile dysfunction, impotence, lower sperm count and greater risk of recurrence and dying for those diagnosed with prostate cancer.

In addition, smoking “is a causative factor in not only lung diseases but cardiovascular diseases,” said Albert Rizzo, chief medical officer of the American Lung Association. “It affects the circulatory system and contributes to heart attacks.”

Heart disease remains the leading cause of death in the US, followed by cancer and in fourth place, stroke.

Of American men aged 18 and older, 14.1% smoke cigarettes, according to the Centers for Disease Control and Prevention.

Rizzo said that 80% of lung cancers are related to smoking. In addition to allowing carcinogens into the lungs and subsequently other tissues, smoking compromises blood flow, which adds greater risk for bad outcomes to people with many health conditions, including cardiovascular disease, diabetes, high blood pressure and more.

“Some studies I’ve run across show there may be differences relating to sex,” Rizzo said.

Some theorize that overall, men may be affected by cigarette smoking worse than women because they smoke more often, inhale deeper or smoke longer in duration than women.

The psychology behind smoking matters when it comes to cessation. Although many women began smoking to stay slim — smoking can depress appetite — or deal with stress, men tend to smoke for different, more complex reasons that are harder to shake. Embracing a healthful diet and exercise regimen can help control weight and engaging in self-care can help manage stress. Advertising campaigns for cigarette companies have made smoking appear rugged, manly and appealing to men; such as the long run of the Marlboro Man.

The self-image of rebellion and independence hooked many men decades ago and made quitting more difficult. Smoking became part of their personality.

“It’s an addiction, one of the strongest known of and rather than giving lip service to the fact that it’s a bad habit that will kill you, what will we offer can help you quit,” Rizzo said.

He recommends checking into the seven FDA-approved cessation medications to support an effort to quit, along with counseling to address the psychological reasons people smoke. A supportive environment at home and work can also promote success.

“Most have to try 10 to11 times before they’re successful,” Rizzo said. “They need a strong support group of family friends and counseling. They need support from those they live with. If your wife or husband smokes, it’s a great time for both of you to quit.”

The American Lung Association’s Freedom from Smoking program has proven helpful for many people who want to quit. It “uses techniques based on pharmacological and psychological principles and methods designed to help tobacco users gain control over their behavior and break their addiction,” according to the website. “Because no single quit method is effective for all tobacco users, the program includes a comprehensive variety of evidence-based, proven-effective cessation techniques.”

Kristen Richardson, director of Community Engagement with CNY Regional Center for Tobacco Health Systems with St. Joseph’s Health, said that going it alone when seeking to quit is tough.

“We know that quitting smoking or vaping is hard, but smokers can increase their chances of success with help,” Richardson said.

She directs would-be quitters to the New York State Quitline (1-866-NYQUITS or 1-866-697-8487 or visit www.nysmokefree.com) for free, confidential coaching for people who smoke or use vaping devices. They can also receive free starter kits of replacement therapy if eligible “to help them break their dependence on smoking or vaping tobacco,” Richardson said.