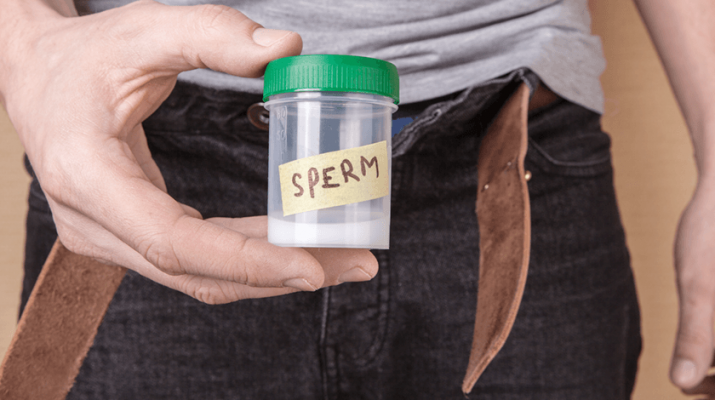 While many men can become parents much later in life compared with most women, sperm banking may provide a means for men to preserve their fertility for a variety of reasons, one of which may be impending older age.

JC Trussell, urologist and associate professor of urology at Upstate Medical University, said that that older dads have a “minimally” higher risk of genetic problems with their offspring; however, the greater risk is that of miscarriage.

“The literature says after 40 to 50 years of age, a healthy pregnancy becomes more difficult,” Trussell said. “The sperm gets a little more DNA damage. Also, they tend to have older partners.”

Urology offices can perform a semen analysis of sperm and help men improve their chances of fatherhood, he said.

Trussell advises men anticipating chemotherapy or radiation to the testicles, and those engaging in higher risk activities or employment should consider freezing sperm.

Physician Rob Kiltz, founder of CNY Fertility based in Syracuse, said that although men’s fertility doesn’t decline as much as women’s, other factors have in general caused male fertility to change.

“Men more and more are being exposed to environmental factors, diabetes, autoimmune diseases, cancers that affect fertility even before they have a chance to bank sperm,” Kiltz said. “It may be more reasonable to bank sperm in their early- to mid-20s before these things happen.”

Kiltz said that over the past 20 years, the quality of sperm has been changing, along with the shift of couples delaying children until their later 30s. As a result, more men find it difficult to father children.

“Many of the sperm abnormalities are related to morphology and function and DNA fragmentation and it’s only picked up on because the guy is infertile,” Kiltz said. “It might be that we don’t even notice these things sooner because no one is trying to get pregnant up to that point. These things may be factors that if you had preserved your sperm in your early 20s, you maybe could have avoided.”

Other factors may prompt men to consider sperm banking as young men. Some couples want permanent contraception and choose vasectomy; however, reversing vasectomy should they change their minds can be difficult and not always successful. Reversal also costs quite a bit of money — $5,000 to $20,000, according to several websites — and isn’t covered by insurance.

“More and more men should consider sperm freezing because of the issues they encounter that can affect their sperm,” Kiltz said. “Banking is more affordable than people think.”

He said that sperm banking costs a few hundred dollars initially and about $3,000 to store for 10 years.

“If a man is considering a vasectomy or permanent form of contraception, freezing sperm may give him opportunities to have children without a reversal or IVF,” Kiltz said. “A lot of men and women think they won’t want children when they’re young and want a form of contraception that won’t fail but if they change their mind in the future, they can use banked sperm rather than have a reversal.”

Employment or medical that exposes men to toxic chemicals, radiation or physical damage to the testicles should also consider sperm preservation. Kiltz said that the success rate of conception is “very high” with sperm saved through cryopreservation.

Boys who experience cancer therapy before puberty can still preserve their chances of fatherhood. Kiltz said surgeons can remove testicular material and after their cancer treatment, it can be implanted again to allow them the opportunity to generate sperm.

In general, men can improve their chances of healthy sperm by avoiding drugs — including marijuana — alcohol, and smoking. Kiltz said that for diet, he promotes a “keto/paleo diet.”

He also believes it’s important for men to slow down.

“Enjoy more easy living and less treating your body like you live in a carnival,” he said. “Treat it like a temple.”