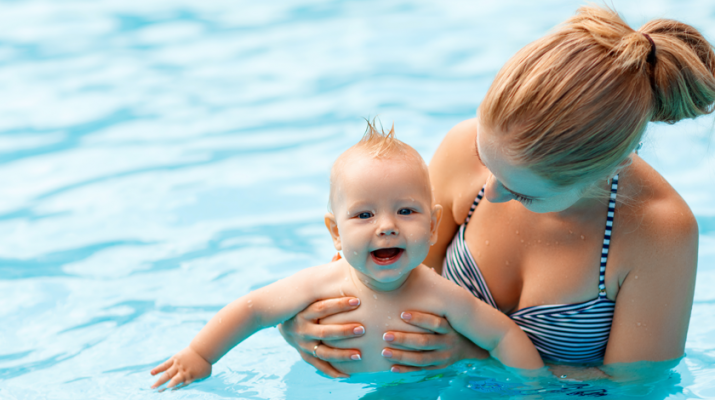 One-fifth of those who drown are children aged 14 and younger: CDC 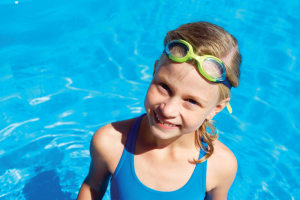 About 3,536 people drown accidentally in non-boating related accidents in the US annually, plus around 300 people die in boating-related incidences — one-fifth of those are children aged 14 and younger, according to figures from the Centers for Disease Control and Prevention.

In addition, for each child who dies from drowning, another five children receive emergency care for non-fatal submersion injuries. These can cause long-term disabilities such as memory problems, learning disabilities and permanent loss of basic functioning.

“Know if, when and where a lifeguard is on duty,” said Newmyer said. “If there isn’t one, the caregiver or child is the lifeguard.”

It’s easy to think that someone else at the pool party is watching the children when actually no one is. Newmyer, who is also an assistant professor of pediatrics, neurology, and neurosurgery, said that many times, he hears “I only looked away for a second” such as when parents are distracted while unloading groceries from the car and a child slips out back to the pool unattended.

Parents should understand the differences between the hazards inherent to swimming pools and other bodies of water, which can have rip currents, undertows and debris that can pull swimmers under. Toddlers and very young children can drown in less than two inches of water, so they need supervision even in small wading pools.

“Remember the buddy system,” Newmyer said. “Have a buddy when you’re in the water, whether at the YMCA or at a pond.”

To improve children’s swimming ability, Jay Bonafede, spokesman for the American Red Cross Western and Central New York regions, advises families to make sure everyone in the family learns to swim and swims only in designated areas under the watch of lifeguards and with a swim buddy. Swimmers should follow the rules at all times, such as no horseplay at the pool and no swimming further than the boundary at the lake.

“A lot of Red Cross tips are very basic and commonsense and we like to make them catchy, something people will remember,” Bonafede said.

One of these is “Sit, stay and throw; don’t go” to help someone who’s struggling to keep above water. Instead of jumping in the water, sit down to stay balanced and throw a lifeline.

Now that the pandemic is over there are some great swim spa deals to be had, like these at Allspa in Surrey. However, you do have to remember that securing home swim spas and pools are vital to promoting water safety — and, in some municipalities, part of local ordinance.

“If you own a pool, make sure you have a fence around the entire area,” Bonafede said. “Make sure it’s tall enough and the gate is locked so your child and no neighbor’s child stumbles in.”

Newmyer said that an open gate, lack of a fence or unlocked window or door contributes to about 70 percent of residential drowning incidences.

Keep in mind that a child determined to explore the pool area may use chairs or other items to climb over the fence. Remove these from outside the pool area. For above-ground pools, removing the ladder and locking it up elsewhere can add an additional measure of safety. Pool covers cannot prevent children from drowning.

If a child is missing, check the pool first.

Don’t rely upon novelty flotation devices for water safety. Choose only Coast Guard-approved devices, but never leave children unattended while swimming for even a moment.

Who’s Most Likely to Drown?

• Males. Almost 80 percent of people who drown are male.

• Ages 1 to 4. Children of this age range have the highest drowning rate. Drowning is the second-leading cause of unintentional injury-related death behind motor vehicle crashes.

• Minorities. Between 1999 and 2010, the unintentional drowning rate for African Americans was significantly higher than that of whites across all ages with the greatest disparity among children 5 to 18 years old using swimming pools being 5.5 percent higher than the same aged whites.