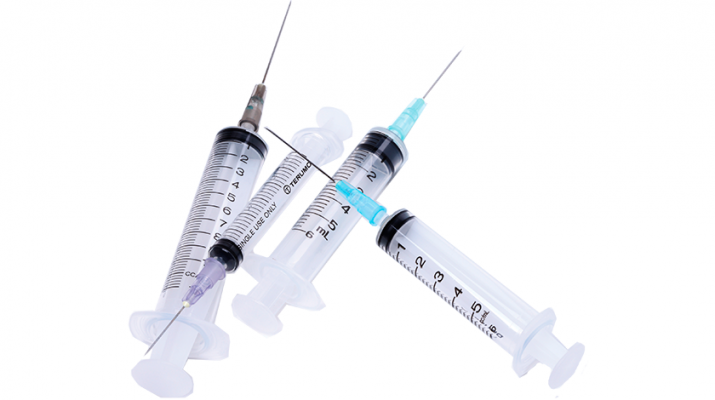 More than 2,500 people have enrolled in the syringe program at ACR Health in Syracuse. The program and others like it around the state have been critical in combating the spread of HIV and hepatitis C.

LaVere said there has been some pushback from those who believe programs like hers actually encourage drug use. She has a clear answer to those who oppose syringe exchange.

“That is a constant battle,” she said. “I just reiterate that we are helping people where they’re at. Drug use is going to happen. Obviously our ultimate goal is cessation of drug use. We want people to stop using drugs, but until they’re ready to stop using drugs they’re not going to. We need to provide them with the resources to do it safely until they’re ready to make that next step.”

In the same vein, although the nonprofit doesn’t have a position on whether the use of drugs should be decriminalized, LaVere does support supervised injection facilities.

“We support that idea,” she said. “We always do our programing based on community need. If we did a needs assessment and we really saw that the community needed it as it comes about and there was state funding for that—legislation would have to be put in place first—we would seek that if we determined the community had a need for it.”

The work that ACR does save lives, said LaVere, who has heard it in first-hand accounts from clients.

“I just actually happened to walk in on an exchange and the client said, ‘Are you the boss?’ I said ‘Yes.’ She said, ‘This lady here saved my life.’ She had some medical concerns and my staff was adamant that she needed to get the care she needed.”

Drug users often have trouble taking care of their health needs. There is a strong stigma associated with drug users using health facilities. They often need gentle, persistent encouragement from the folks at ACR to finally see a provider. ACR doesn’t push treatment on its clients, but always wants to let them know it’s there for them when they’re ready to accept it.

“With that shame and stigma, walking into a typical medical provider is really [difficult],”LaVere said. “Often they’re turned away. They are stigmatized, so people are not seeking the medical care they need until it’s unavoidable. We at ACR Health have a medical clinic in our building, and we provide that care to people that would normally be pushed away in other medical settings.”
ACR has naloxone (Narcan) programs for overdose prevention. That has been a main focus lately.

“We provide individual and group training so that people are trained as to how to respond to an overdose and have the naloxone on hand to use,” LaVere said.

The use of heroin has reached epidemic levels across the country and in Central New York. ACR has been working so its most dangerous impacts can be mitigated. But try as they might there are many overdoses yet, and the battle is far from over.

“It seems to be touching everyone,” LaVere said. “It’s not a…certain demographic. We’re seeing it touches the lives of many, including the middle class children that people don’t often suspect [of] drug use. It’s touching everyone. Nobody is immune from it.”

ACR Health is continuing the fight, and even has plans to expand the program further. The nonprofit hopes it can spread the success the clinic has had with cutting the transmission of disease.

“We’re very harm-reduction based and we need to meet people where they’re at, help them with what they want help with — with an ultimate goal of helping them reduce or stop using while remaining alive,” LaVere said.

For more information on the program go to https://acrhealth.org/exchange.