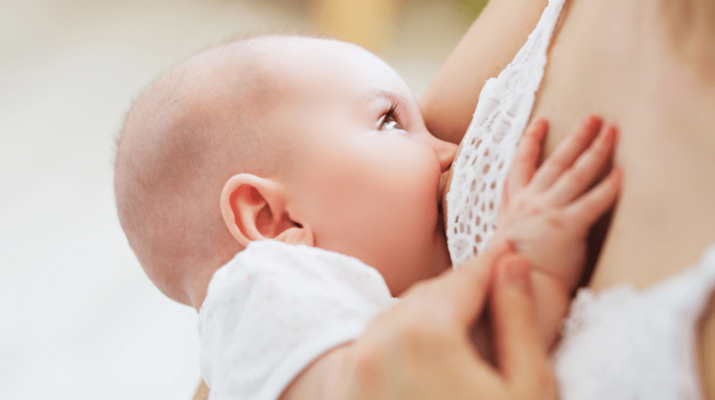 “Breast is best” has long served as the mantra regarding infant nutrition; however, research from the University at Buffalo seems to indicate that the correlation between nursing and positive health outcomes isn’t as clear cut as once thought.

Researchers believe that mothers who intend to breastfeed but then formula-feed once the baby is born have more information on healthy lifestyle and nutrition and those factors influence baby’s health.

“We know that breastfeeding is healthiest for both mother and baby, even if there are some questions about the impact of other lifestyle factors,” said registered nurse Kathryn Rome, who is board-certified lactation consultant at St. Joseph’s Health.

Rome said that the UB study compared mothers who breastfed for at least two months with mothers who intended to breastfeed but did not.

“It failed to consider the benefits of the breast milk the babies received in the first days or weeks of life as the mothers attempted to breastfeed,” Rome said. “Any breastfeeding a mother does is believed to be beneficial.”

Premature babies especially benefit from breast milk, as they are particularly vulnerable to gut conditions such as necrotizing enterocolitis(NEC), which kills many premature infants. Those who survive NEC may require surgery to remove part of their bowel and use a colostomy for life. That’s one of many reasons neonatologists strongly urge mothers to provide breast milk for their premature babies.

Many premature babies cannot take nutrition by mouth and must be tube fed. Because they would otherwise miss the close contact inherent to nursing, babies receive “kangaroo care,” which involves parents holding their babies skin-to-skin because of its positive effects on respiration, heart rate and wellbeing.

Nursing also stimulates the release of hormones that help mom and baby bond and relax. Newborns’ nervous systems aren’t capable of self regulating and breastfeeding helps.

“What we impress upon moms is that babies’ guts are sterile,” Christopher said. “Coating their guts is important. It makes a huge difference. We want to give babies the best start we can.”

Christopher added that it’s not about shaming mothers who breastfeed for only a week and not for a year, since any amount of breastfeeding benefits babies.

Physician Jayne Charlamb, SUNY Upstate associate professor in the department of OB-GYN and director of Upstate’s breastfeeding program, said that moms benefit from nursing as well. Among the benefits are reduced risk of heart disease, ovarian cancer, breast cancer and lasting weight gain.

Nursing burns about 500 calories a day. Unless moms compensate for that by increasing caloric intake, breastfeeding can help them lose “baby weight” and prevent lasting weight gain.

Christopher believes that providing better and earlier education — even before birth — and sufficient support for new moms may help more to successfully breastfeed their babies.

The American Academy of Pediatrics and World Health Organization recommend babies breastfeed up to a year, and longer if desired.

She hopes that the study can reassure moms who can’t breastfeed, but doesn’t discourage more support of breastfeeding.

“As a society, we’re not set up to help moms,” Charlamb said. “We’re only just starting to cover lactation support. Six out of ten moms who make a breastfeeding goal don’t reach it. For me as a physician, my role is to help them meet their goal. We need to support these moms. If they can’t, we want to offer evidence that it’s not the end of the world. But we don’t want people to think it makes no difference.”

Community resources such as a breastfeeding “cafe” or La Leche League meeting can offer tips and support. In addition to learning about latch, holding positions and more, women learn about the value of breastfeeding.

UB Study Based on 1,000 Participants

Researchers based their findings on information from more than 1,000 participants in the Infant Feeding Practices Study II, which was designed by the Centers for Disease Control and Prevention and the Food and Drug Administration.

Raissian and Su sought to look at what factors determine positive health outcomes for infants to help “contextualize the tradeoffs that a lot of mothers have to make when deciding how to feed their children,” Raissian said in a statement released by UB.

In the same release, Su stated, “It’s important to more carefully quantify the trade-offs between breast milk and formula given the strong breastfeeding recommendations and the realistic challenges that many mothers face, particularly among working mothers.”