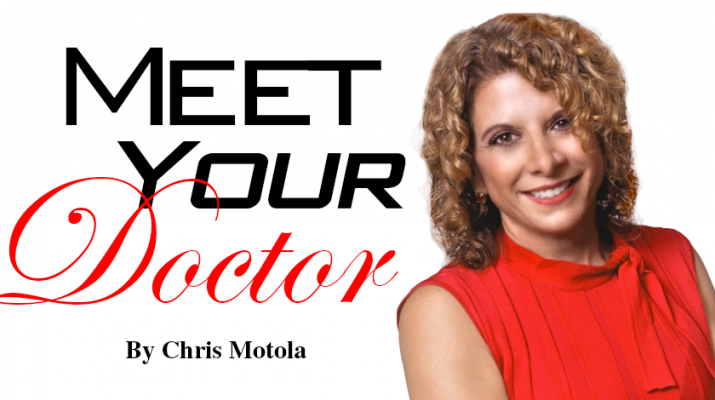 Trained as an electrical and computer engineer, Fayetteville physician recently became the president of Denver-based Obesity Medical Association. She talks about her expertise, obesity medicine 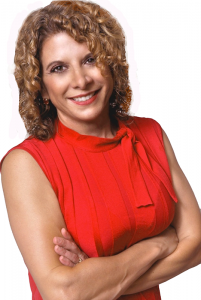 Q: You’ve recently become president of the Obesity Medical Association. Tell us a bit about your organization.

Q: So straight to the point: how did we get so fat?

A: It’s a combination of moving a lot less and eating a lot more.

Q: But don’t Americans go the gym a lot more than people in most other countries?

A: I think we go to the gym in spurts, but I also think we go to the gym more because we walk so much less than people in most other countries. We take an average 2,500 steps a day where the rest of the world gets closer to 10,000. So, I think we end up moving less than most other countries. But the bigger problem is the food that we eat. It’s the quantity and the quality. If you ask me what the biggest perpetrator is, it’s that shelf-ready food and fried foods that are delicious, convenient and cheap. It’s the science of making non-food food that has really led to this obesity epidemic.

Q: Given how entrenched the cultural and social aspects seem to be, how do you avoid getting stuck just playing defense on obesity?

A: Yeah, it’s been about 40 years since we identified the problem and, if anything, we’re worse now than then in just about every category. If you’re trying to apply for a grant for obesity, everything is in prevention. There’s very little effort put into the treatment aspect of it. Obesity, factoring in genetic factors, begins at the moment of conception. So, if we aren’t working on the treatment of the people who are having babies, then we’re going to constantly be delivering babies who are predisposed toward obesity. Our organization is very active on the political front, though. We’ll be in Washington for the international conference on obesity and marching on the hill in favor of the Treat and Reduce Obesity Act, which is trying to help get coverage for obesity treatment medications and get parity with other diseases. Our organization was also one of the first ones to pull together the caucus which now has finally passed obesity as a true disease within the American Medical Association. It’s such a lengthy process on getting this recognized as a true disease. In getting there, I hope we can start getting some payment for treatment as well as prevention. You have to do both, but we haven’t really been able to up to this point.

Q: Why has an obesity-focused approach encountered so much resistance?

A: I think the thing that makes obesity medicine unique is that it’s encompassed in every other field. A lot of diseases we deal with — cardiac, pulmonary, kidney, cancer — oftentimes the foundation of those diseases is obesity. So here we are kind of attacking it from a different front. We’re not trying to just treat it, we’re trying to reverse it. It’s completely different way of thinking about medicine. I used to be an electrical engineer before I became a doctor. So to me it makes perfect sense that we should deal with the system that’s causing it.

Q: So, what do we do if we’re already fat? You see so many different approaches to diet and exercise, from calorie restriction, to avoiding foods, to intermittent fasting.

A: It’s a $100 billion industry. As far as treating it effectively, you’ve got to have all of the pillars I mentioned. You have to attack it from a nutritional standpoint. You’ve got to put the right behavioral pieces in place. You have to move, though not so much that you can’t find the nutritional component. And, and this is largely ignored, utilize some of the great medications we have available that can help bring the weight down and maintain it.

Q: What are some of those medications?

A: There are a few of them. Those oldest is phentermine. It does two things. It increases metabolic rate and controls hunger at the level of the hypothalamus. Unfortunately, phentermine sounds like fen-phen, which combined phentermine and fenfluramine. Fen-phen was linked to heart disease. But phentermine, which was around before, during and after, is proven safe after 60 years. There are so many components of obesity that are hard to touch on in a short interview, but a couple things happen when you become obese. You have an insatiable appetite over a period of time because the hormones that control hunger don’t work well anymore. But the bottom line is, the more obese you become, the more obese you become because your metabolic processes are running amok.

Q: With medications are we talking spot treatments or lifelong use?

A: So, that’s one of about six medications I use. Any medication you use to help someone to lose weight has to keep being used. We know from the Biggest Loser contestants five years later that our bodies really fight to get us back to our set point. So you’re fighting a system that is desperately trying to get you back to your highest weight. One of the best defenses against that, besides exercise — if you can exercise an hour and a half each day, you’re going to be fine — but those of us who can’t make that kind of time for it, having a medication to help with that process really helps. But you have to keep it up long-term.

Q: Is there any way to actually lower our set points?

A: No. That’s the short answer. The studies that they’ve done on hormonal regulation have shown that, even five years after you’ve lost weight, your body is going to be fighting to bring you back to that weight. It’s horrible that we’re made that way. I think we’re failing as a country at this is in part because we have so many anti-pharma movements. And then we have things like the big and beautiful movement. Of course, it’s OK to look beautiful, but if you have underlying health issues, you’re still going die younger. So, we have some movements pushing people away from what could help long term.

Q: You mentioned your background in engineering. I’d expect that to translate more into a surgical specialty.

A: I love surgery! I think that’s one of the reasons I became a family practitioner, because it gave me the opportunity to do some surgery. But for me, obesity medicine was the perfect correlation because you’re dealing with all these crazy systems that are running the show and have negative feedback loops.