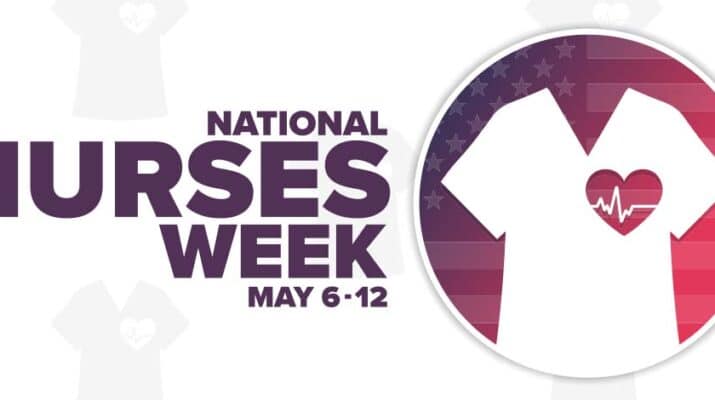 ‘It’s not a job when it’s in your heart’

Nursing is more than a job. It is a vocation, a calling.

Many nurses strongly associate their personal identity with their vocation and felt a long-term desire to enter the field before doing so.

For Meredith Boss, a bachelor’s-trained nurse and director of nursing at Loretto, nursing is about caring for people. In fact, before beginning her nursing career as a registered nurse, she worked as a cosmetologist.

Her family influenced her decision to enter nursing. Her mother, Maryjane Boss, is a nurse and she encouraged Boss to follow suit, seeing in her daughter the beginnings of a nurse when a girl. The family’s living room was a mini hospital room for Boss’ grandparents as they were dying of cancer. Boss would watch over them for her mother while she was working.

Years later when her father, Robert Boss, was in the ICU at St.

Joseph’s Hospital, Boss promised him that if he made it, she would complete her degree and become a nurse. In 2016, she fulfilled that promise at Keuka College and began nursing at the same ICU where she had sat by her father.

She transitioned to Loretto six years ago, thinking that she would stay for a year and then return to acute care in the hospital setting. The opportunities for career advancement at Loretto have drawn her to stay. Boss was able to open a telemetry unit in 2018 for non-acute patients recovering from hospital stays, worked as a fill-in and as assistant director of nursing. Three years ago, she became the director of nursing over the whole building.

“I’ve been able to make a difference,” she said.

Boss thinks that nurses need compassion and empathy to serve their patients well.

“It should come without effort and be your nature to care for people,” she said. “It’s not a job when it’s in your heart.”

Boss finds that nursing is nearly as rewarding as being a mother, which she calls “the best job ever,” but being a nurse is a close second.

“You’re making meaningful connections and helping families going through rough and scary times,” she said. “I’ve worked in the ICU when people aren’t doing so well. Being able to holistically treat people as a nurse is the best.”

The support from her children and parents, Maryjane and Robert Boss, helped her while earning her degree and continues to help her keep going during tough times.

“My kids are a huge part of my success,” Boss said. “They helped my mom pin me when I got my bachelor’s. They’re my biggest cheerleaders.”

A focus on patient needs is essential to Diane Morrison, who serves as president of the Genesee Valley Nurses Association. She began her healthcare career as a 14-year-old volunteer at Memorial Hospital in Niagara Falls.

“We had cute little blue and white uniforms,” she said. “We delivered mail and flowers. We’d speak with people.”

From those early, enjoyable experiences interacting with patients, Morrison realized that nursing was the career for her. She eventually earned her bachelor’s degree at the University of Maryland in the early 1990s and worked in Maryland in a medical-surgical unit and in the intensive care unit. Eventually, she started working in hospice care.

“It was a privilege to travel with their loved one at their end-of-life journey,” Morrison said. “It’s the most important part of their life journey.”

After earning her MS in nursing education, she taught for five years at Keuka College and earned her nurse practitioner degree at Keuka College in 2017 and began working at M.M. Ewing Continuing Care in Canandaigua three years ago.

“The wonderful thing about being here is we have our long-term care population you get close to,” Morrison said. “This is their home. We can be here to help those who pass away under hospice or palliative care. My patients become part of my heart.”

She encourages self-care to prevent burnout, including seeing a mental healthcare provider as needed.

“I approach things in life with humor,” she said. “You have to have humor in the healthcare field.”