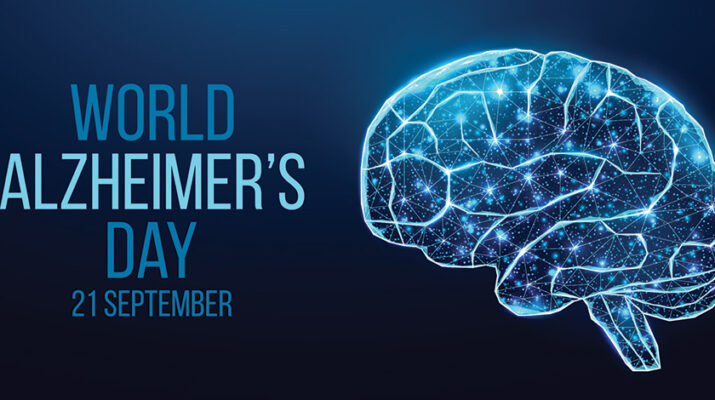 Last August, if you went into the VFW bar in Port Charlotte, Florida, on a hot night, you might have seen a tall attractive woman sitting at the bar, those around her laughing at something she’d said. Annie Andresen was the center of attention — talking and laughing, maybe dancing with joy.

This August, just a year later, instead of enjoying that life, 65-year-old Andresen spent the hot summer nights in her apartment in an assisted living facility in Port Charlotte, watching “Law and Order” episodes with her Jack Russell terrier, Missy, cuddled up next to her.

During the winter, she’d been diagnosed with Alzheimer’s. A friend moved her into assisted living, where I met her.

I lead groups at the facility, groups designed to help residents connect with each other and to slow the progression of the dementia which most have.

Andresen came tentatively into the activity room her first day. I thought she was a staff member, as she appeared much younger and more vibrant looking than a resident. Most are in their 80s and 90s, shuffling along, pushing a walker.

“Don’t tell me your names. I won’t remember them! I have dementia!” she said.

“And I for sure don’t want to be here!” she added as she stomped out of the room.

Age is the biggest risk factor for dementia, but younger people do develop it. It’s called early-onset Alzheimer’s. It’s uncommon, but is becoming more common. Experts haven’t figured out why.

Andresen caught my interest. Not only was she young, I admired the way she boldly announced she had dementia. To me, that’s a good way of dealing with it. I’d never heard anyone acknowledge they had it. Most residents try hard to hide it, or, for whatever reason, don’t openly acknowledge they have it. “I’ve never been good at remembering names,” they might say. Or, “I can’t get interested in reading these days,” or “Card games, they’re not for me.”

I laughed with her each time.

Like most of us, I fear developing dementia. I was curious to know how Andresen seemed to be coping with it so well; how she seemed happy in the face of what she’s confronting.

As I heard her story, I cried with her; it was heart-breakingly sad.

Before the pandemic, Andresen had worked for as a property appraiser for the county.

“I specialized in condos,” she explained. “I went all over the county, measuring buildings, drawing outlines of the buildings. I loved that job!  Before that, I’d worked at a bank. I helped them develop their computer system. I also really enjoyed tending bar in the evenings.”

Toward the end of the pandemic, a close friend became concerned about Andresen. When she dropped by her house, she noted bills stacked up in piles, unpaid for months. There wasn’t much food in the refrigerator. Andresen mentioned loaning a large amount of money to her brother, none of which he paid back. And she often forgot the plans they made to get together.

When the friend confronted her, Andresen admitted she did have concerns that her memory wasn’t so good. For some time, she’d been increasingly troubled about it. Her grandmother had had dementia—she feared becoming like her grandmother.

The friend took her to see a psychiatrist who diagnosed her with Alzheimer’s.

“When I heard him say that, my heart just stopped,” she said. “I couldn’t breathe. In my mind, I saw the wreck my grandma became. Would that be me?”

Tears poured down as she spoke of being the caregiver for her grandma. As a child, she slept in the same bed with Grandma, to keep her from wandering during the night. In the morning, she got her up, dressed her and fed her before heading to school.

“I didn’t have much of a childhood,” she said. “And now I’m going to be just like her! That’s not the life I planned!”

Andresen’s biggest fear: “I hope I die before I have to go to memory care. I don’t want to live like that.”

The memory care unit cares for those in the last stage of dementia, those who need round-the-clock supervision.

In assisted living, Andresen lives in her own apartment, is free to come and go around the building, or off-site with others. She eats meals with other residents. Many activities are available, but she chooses not to go to any.

Staff doles out her medication.

She mostly hangs out on one of the benches in front of the building, sitting in the sun, talking to whomever comes by. These are her moments of joy.

Her biggest challenge: “I have to keep busy, and there’s not much to do. I’m not a card player or a bingo player,” she said.

She doesn’t go to any activities the facility offers.

“I can’t get motivated to sew like I used to. Thank God for Missy; she keeps me company. I used to love to read. I can’t get interested in books now,” she added.

As dementia progresses, victims gradually loose their ability to understand the plot of a book, or TV show; games become too complex. One’s life becomes more and more limited.

The thing Andresen finds most difficult about her life now: “My life is controlled by others. I don’t like being controlled. Who does?”

“Most of the caregivers are really nice and I like the other residents,” she said.

When I asked her about happy memories, she replied: “I don’t want to think about memories because they make me cry.”

But she goes on to tell me about her husband and how happy they were for many years, until his death.

Andresen, a basically happy person, is coping with her dementia. Coping by getting through, hour by hour, trying hard not to think about how her life has gone so off track.

She finds joy in the moments. In sitting in the sun with her dog; in her giant cup of coffee in the morning; in laughing with others.

We all could benefit from the wisdom of behaving more like that.