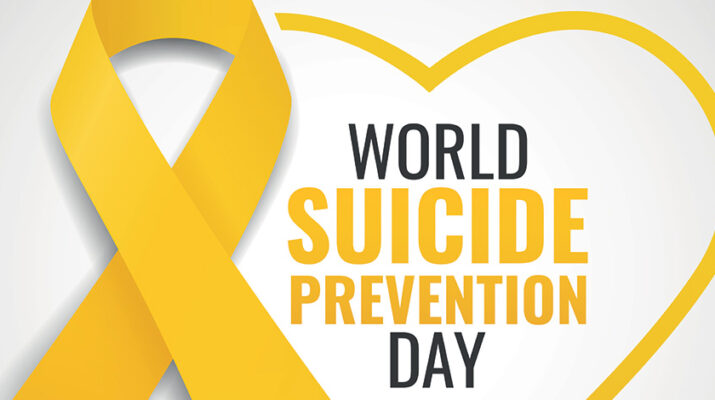 Sept. 10 is World Suicide Prevention Day. Nearly 46,000 Americans died by suicide in 2020 or about one death every 11 minutes, according to the Centers for Disease Control and Prevention.

Although rates declined in 2019 and 2020, it is still a leading cause of death in the United States.

“In the moment, you think something like this could never happen to your loved one,” she said.

“They thought he was kidding,” she recalled. “The stigma around mental health is real. You don’t have to be a doctor to make a difference. By simply being kind to someone, whether someone you love by getting them to resources or opening a door for a stranger or complimenting them. That little bit of sunshine could be all they need to be here for one more day.”

Feeling alone in their pain creates a dark and dangerous mindset, according to physician Robert Gregory, professor of psychiatry at Upstate Medical University and director of the Upstate psychiatry high risk program. “One way to think about suicide is that it stems from a sense of being stuck alone with overwhelming pain.”

1. The person feels “stuck” or hopeless, possibly evident in more negative speech, or themes of death in creative activities, such as art or poetry.

2. The person is disconnected or withdrawn from others and possibly spending more time alone. Increased use of alcohol or drugs can be a sign of disconnection and a sign that the person is stressed and trying to self-medicate.

3. The person has had a recent painful event, especially those having to do with losses such as the loss of a loved one, loss of a job, a recent break-up or permanent loss of functioning from an injury. The pain does not have to be emotional but can also be physical from a chronic illness.

4. A more imminent sign of impending suicide is giving away treasured belongings.

Anyone who feels a friend or loved one is in immediate danger should call 911 or transport the person to the emergency department. For others, it may be only a consideration at this point, but nonetheless it needs to be addressed.

“The single most important intervention is to ask your loved one about it, ‘Have you been struggling at all with thoughts of death or suicide?’” Gregory said.

Talking with people about suicide will not cause them to attempt it. In fact, Gregory said that the opposite is true. Asking helps suffering people talk about their pain.

“It’s hard to give blanket instructions because mental health is dynamic,” said Bryan Asher, licensed clinical social worker and suicide prevention program manager at Syracuse VA Medical Center. “Being supportive, checking in and when dealing with vets at risk for suicide, ask those questions directly. Be direct, present and stay with them.”

“We should try to ask what’s going on and get them help as soon as possible,” said physician Omar Colon, medical director of Oswego Behavioral Health Division at Oswego Hospital.

Some people may only need a little more emotional support from friends; others will need professional help.

Distinguishing between the two can feel tricky. Most people who are not considering suicide would rather know their friends cared enough to notice they are down ask.

“If we notice a change, we should ask what’s going on,” Colon said. “If we don’t ask, people tend to do things.”

Talking about suicide frankly and without minimizing their concerns can represent the first step towards seeking professional help, whether making an appointment with a mental healthcare professional or emergency care, according to the people interviewed for this story.